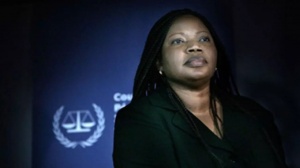 Al-Haq warmly applauds Prosecutor Fatou Bensouda’s 17 years of service before the ICC, as a Deputy Prosecutor from 2004 to 2012, and then as the Prosecutor of the ICC from 2012 to 2021. Prosecutor Bensouda will leave a permanent imprint on the advancement of the case for the Situation in Palestine before the International Criminal Court, in light of her conclusion “without fear or favour”, of the preliminary examination of the Situation in Palestine, on 20 December 2019, having determined that all the statutory criteria under the Rome Statute for the opening of an investigation have been met. The Prosecutor’s request to the Pre Trial Chamber on a ruling on the territorial scope of its jurisdiction led to the decision of the Pre-Trial Chamber of the International Criminal Court, on 5 February 2021, confirming that the State of Palestine, a party to the International Criminal Court since 2015, is a full and equal State party to the Rome Statute, placing the occupied Palestinian territory within the scope of the ICC’s territorial jurisdiction for investigation into international crimes. Subsequently, on 3 March 2021, Prosecutor Bensouda announced the opening of a full criminal investigation into the Situation in Palestine. Al-Haq expresses its thanks to the Office of the Prosecutor for remaining firm in spite of concerted pressure on the Court to guarantee that the victims of Israel’s international crimes are given full access to justice. Al-Haq lauds her courage to stand strong in the face of the United States’ attacks on her legitimacy with her mandate, and Israel-led smear campaigns to discredit the International Criminal Court. As Mr. Benjamin Ferencz, 101 years old, chief prosecutor for the United States Army at the Einsatzgruppen Trial, Nuremberg Trials, underlined in his intervention, “she still has the courage not to give up [and] it takes courage not to be discouraged.”

Al-Haq further reiterates its congratulations to the incoming Prosecutor of the International Criminal Court, Mr Karim A. A. Khan, due to take up the post on 16 June 2021. Mr Karim A. A. Khan enters on duty in a time of unprecedented challenge for the Court. As United States President Joe Biden rescinded Executive Order 13928, issued on 11 June 2020, allowing for the targeting of individual members of the International Criminal Court’s staff, including outgoing Prosecutor Fatou Bensouda, external pressure on ongoing investigations and preliminary examinations remains a matter of concern. Israel’s latest widespread and systematic repression of Palestinian peaceful assemblies against its apartheid and settler-colonial regime, as well as its indiscriminate targeting of civilians and civilian properties in its offensive in the Gaza Strip has once again demonstrated Israel’s total impunity and disregard for its obligations under international humanitarian law and human rights law.

Prosecutor Fatou Bensouda highlighted in her farewell remarks that “justice, real justice, is not a pick-and-choose system and that to be effective, to be just, and to be a real deterrent, the Office of the Prosecutor’s activities and decisions must be based solely on the law and evidence. We operate in a political environment but our work must be shielded from the whims and wounds of politics that don’t align with our collective obligations under the Rome Statute.”

Al-Haq reaffirms that the International Criminal Court constitutes, more than ever, a unique and essential opportunity to hold Israeli authorities and military agents accountable for war crimes and crimes against humanity perpetrated against the Palestinian people. As such, Al-Haq calls on Mr Khan to build on the promise of Mrs Bensouda who pledged to look into Israel’s latest offensive on the Gaza Strip in the course of the ICC Prosecution’s investigation into the situation in the State of Palestine, with a view to holding those most responsible for the commission of war crimes and crimes against humanity, including the crime of apartheid, criminally accountable in the Hague.