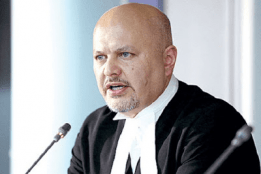 Al-Haq extends its congratulations to Mr Karim A. A. Khan QC following his election as incoming Prosecutor of the International Criminal Court, due to take up the post on 16 June 2021.[1] Mr Khan will become the third Prosecutor of the Court, after Luis Moreno Ocampo and Fatou Bensouda. Al-Haq trusts that Mr Khan’s extensive experience in international criminal justice, in particular his leadership role with the UN Investigative Team to Promote Accountability for Crimes Committed by Da’esh, will aid him well in a time of unprecedented challenge for the Court.

In the face of United States Executive Order 13928, which has yet to be rescinded by the Biden administration,[2] and an ongoing smear campaign from Israel,[3] the independence and impartiality of the Office of the Prosecutor will be crucial. The Situation in the State of Palestine finally represents an opportunity for the genuine realisation of justice and accountability in Palestine, and as such, Al-Haq calls on Mr Khan to act expeditiously in carrying out a full, thorough, and comprehensive investigation in the Situation in the State of Palestine with a view to holding those most responsible for the commission of war crimes and crimes against humanity, including the crime of apartheid, criminally accountable in the Hague.

[2] Al-Haq, Al-Haq Calls on the Biden Administration to Respect the International Criminal Court’s (ICC) Jurisdiction in the Situation in the State of Palestine and Rescind Executive Order 13928 (11 February 2021), available at: https://www.alhaq.org/advocacy/17894.html.