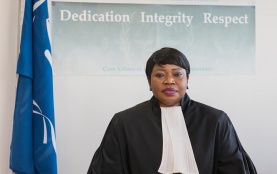 The world is watching as a war crime unfolds in front of our very eyes, and as those who are entrusted with the upkeep of international law take no meaningful action.

Palestinian families are being forcibly transferred from their homes in Sheikh Jarrah, East Jerusalem and their property appropriated by Jewish settlers with the full support and backing of the Israeli State, its judiciary and armed forces. Israel has unlawfully annexed East Jerusalem into its jurisdiction and works systematically to drive the Palestinian residents out of the area. What is now occurring is the latest in a series of gross injustices that together may be construed as a continuation of the Nakba of 1948, and the Naksa of 1967, rendering millions of Palestinian people refugees. For many of the families now being forcibly transferred from Sheikh Jarrah, this is their second and third forced displacement.

The international community has an obligation to uphold the law, and to protect refugees and displaced people, and communities living under military occupation. The Office of the Prosecutor of the ICC now plays an important role in this process.

Therefore, we call on you to use all means at your disposal to put an end to this crime: to publicly condemn these forced evictions and put the Israeli authorities and the perpetrators on notice that they may be investigated and prosecuted, to forestall any further displacement of the Palestinian residents of East Jerusalem and to ensure a process of restoration of their land and homes. We add our voices to those of the 500 Palestinian residents of Sheikh Jarrah and the 191 supporting organisations who wrote to you on 22 April 2021. We call on you to urgently investigate this case within the overall investigation into related war crimes and crimes against humanity in Palestine, including forcible transfer, unlawful appropriation of property, crimes of apartheid, and other inhumane acts arising from these forced evictions.

Inessa Hadjivayanis, Legal Adviser at SOAS University of London, United Kingdom, and Advocate at the High Court of Zanzibar, Tanzania