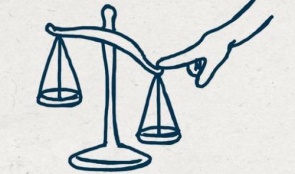 Al-Haq welcomes the publication of B’Tselem’s position paper recognising the construction and maintenance of a single apartheid regime over the Palestinian people.[1] B’Tselem’s paper compellingly and starkly illustrates the now clearly fictional distinction between the oppressive treatment of Palestinians not only in the occupied Palestinian territory but also as citizens of Israel within the Green Line, recognising that “the distinction obfuscates the fact that the entire area between the Mediterranean Sea and the Jordan River is organized under a single principle: advancing and cementing the supremacy of one group – Jews – over another – Palestinians.”[2]

In particular, Al-Haq welcomes B’Tselem’s recognition that apartheid exists, as part of a singular regime of racial domination and oppression, on both sides of the Green Line, and the central role played by domestic Israeli legislation, such as the 1950 Law of Return, the 1950 Absentee Property Law, and the 2018 Jewish Nation-State Basic Law in entrenching Jewish national supremacy over all Palestinians.[3]

“The recognition of apartheid by B’Tselem, the leading Israeli human rights organisation, is an important step in the mainstreaming of the legal analysis of apartheid over the Palestinian people as a whole, whether they live within or beyond the Green Line, or living as refugees and exiles abroad, and for the struggle for human rights and an end to racial discrimination,” said Shawan Jabarin, General-Director of Al-Haq. “The work of B’Tselem has brought us one step closer to the dismantlement of apartheid in Palestine, and we value their commitment to justice and accountability for Palestinians.” B’Tselem and Al-Haq are the joint recipients of the 1989 Carter-Menil Human Rights Award,[4] the 2009 Geuzenpenning Prize for Human Rights Defenders,[5] the 2011 Danish PL Foundation Human Rights Award,[6]and the 2018 Human Rights Prize of the French Republic.[7]

Al-Haq recalls the work of Palestinian civil society,[8] international organisations,[9] and academics[10] on this question, and underscores the necessity of recognition and solidarity in overcoming institutionalised racial oppression, both in Palestine and abroad. In 2009, the South African Human Sciences Research Council issued a report in collaboration with members of Palestinian civil society recognising that Israel was in breach of the prohibition against apartheid in the OPT,[11] as assessment later endorsed by the Russel Tribunal.[12] In December 2019, the UN Committee on the Elimination of Racial Discrimination urged that Israel “eradicate all forms of segregation between Jewish and non-Jewish communities and any such policies or practices which severely and disproportionately affect the Palestinian population in Israel proper and in the Occupied Palestinian Territory.”[13] In June 2020, 47 UN human rights experts warned that Israel’s annexation plan for the West Bank “would be the crystallisation of an already unjust reality.”[14] In September 2020, a coalition of 232 Palestinian and international civil society organisations called on the UN General Assembly to “Launch international investigations into Israel’s apartheid regime over the Palestinian people as a whole,” and to reconstitute UN mechanisms on apartheid “to end apartheid in the 21st century.”[15]

As Israel’s institutionalised regime of racial domination and oppression, meeting the requirements of the crime of apartheid under the Rome Statute of the International Criminal Court and the 1973 Apartheid Convention, gains mounting recognition, and as Israel applies the apartheid machinery to its COVID-19 response,[16] it is crucial that States, the UN, and other international actors recognise this reality, and take meaningful and effective steps to bring the unlawful situation to an end.[17] In doing so, it is essential that all Palestinians are recognised as affected by Israel’s discriminatory policies and practices, with the strategic fragmentation of the Palestinian people constituting a tool of Israel’s establishment and maintenance of its apartheid regime. As such, Israeli apartheid extends to all Palestinians under its effective control, including Palestinians on both sides of the Green Line as well as Palestinian refugees and exiles abroad denied their right of return. Apartheid has been a reality for generations of Palestinians since the Nakba of 1948, and Al-Haq stresses that recognition is the first step towards dismantlement.

[1] See paper at B’Tselem, A regime of Jewish supremacy from the Jordan River to the Mediterranean Sea: This is apartheid (2021), available at: https://www.btselem.org/sites/default/files/publications/202101_this_is_apartheid_eng.pdf.

[5] Al-Haq, The Geuzenpenning Prize for Human Rights Defenders will be co-awarded to Al-Haq (12 October 2010), available at: https://www.alhaq.org/advocacy/7227.html.

[9] UN Economic and Social Commission for Western Asia, Israeli Practices towards the Palestinian People and the Question of Apartheid (2017) UN Doc E/ESCWA/ECRI/2017/1, available at: https://oldwebsite.palestine-studies.org/sites/default/files/ESCWA%202017%20%28Richard%20Falk%29%2C%20Apartheid.pdf.

[11] HSRC, Occupation, colonialism, apartheid?: a re-assessment of Israel’s practices in the occupied Palestinian territories under international law (2009), available at: http://www.hsrc.ac.za/en/research-data/view/4634.

[15] Al-Haq, Global Response to Israeli apartheid: A call to the UNGA from Palestinian and international Civil Society Organizations (22 September 2020), available at: https://www.alhaq.org/advocacy/17305.html.

[16] See Al-Haq, Racism and Institutionalised Discrimination in the Roll-Out of the COVID-19 Vaccine (18 January 2021), available at: https://www.alhaq.org/advocacy/17767.html; Al-Haq, Al-Haq Reminds Pfizer of its International Obligations and Calls for Support for Non-Discrimination (17 June 2021), available at: https://www.alhaq.org/advocacy/17777.html.