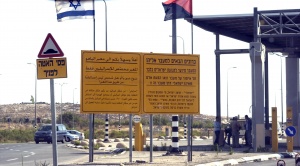 The joint parallel report details Israel’s creation of an institutionalised regime of systematic domination and oppression over the Palestinian people as a whole, including Palestinian citizens of Israel, Palestinians in the occupied Palestinian territory (oPt), and Palestinian refugees and exiles abroad, which amounts to the crime of apartheid under international law. In the report, the organisations argue that Israel has created and maintained an apartheid regime over the indigenous Palestinian people, in violation of its obligations under Article 3 of the International Convention on the Elimination of All Forms of Racial Discrimination (ICERD), which enshrines: “States Parties particularly condemn racial segregation and apartheid and undertake to prevent, prohibit and eradicate all practices of this nature in territories under their jurisdiction.”

The report outlines that since 1948 the State of Israel has instituted a series of discriminatory laws, policies, and practices – constituting the legal foundation of the State – which seek to maintain a racialized regime of dispossession, domination, and systematic fragmentation of the Palestinian people. This conduct by the State serves to persistently deny the right of reparation, including consensual return to their homes, lands, and property, to Palestinian refugees and other persons displaced in the waves of ethnic cleansing carried out since the State’s establishment. Moreover, the report details how Israel has continued to confer public functions of the State to the World Zionist Organization/Jewish Agency and the Jewish National Fund, which are chartered to carry out material discrimination against non-Jewish persons. By exploiting and diverting Palestinian natural resources for the benefit of Israeli-Jewish settlers, these parastatal institutions have historically prevented the indigenous Palestinian people on both sides of the Green Line from accessing or exercising control over their means of subsistence.

In addition, the organisations examine the manner in which Israel has maintained its apartheid regime, embedded in a system of impunity and the inability to meaningfully challenge Israel’s suspected crimes, as underpinning Israel’s continued domination over the Palestinian people. Through denial of Palestinian refugee return, restrictions on freedom of movement and residence, and the closure of Jerusalem and of the Gaza Strip, Israel has further entrenched the fragmentation of the Palestinian people and of the oPt, while it has continued to pursue ongoing policies and practices of demographic manipulation and population transfer, designed to create a coercive environment for Palestinians. Finally, the report highlights Israel’s increased efforts to silence opposition to its apartheid regime through intimidation and institutionalised harassment, including mass arbitrary detention, torture and other ill-treatment, widespread collective punishment, including punitive residency revocation, intense surveillance and intervention in communications, and Government-led smear campaigns. These efforts are intended to delegitimise the work of human rights defenders and organisations that defend the rights of Palestinians and are fuelled by racist hate speech and incitement to racial hatred and violence.

Overall, the organisations urged the UN Committee to recognise and to declare that Israel’s policies have created, and continue to maintain, an institutionalised regime of racial domination and oppression over the Palestinian people as a whole, which amounts to the crime of apartheid under Article 3 of ICERD. The organisations further recommended that the Committee demand that Israel cease all measures and policies that contribute to the fragmentation of the Palestinian people and repeal all legislation enshrining racial discrimination, domination, and oppression, including the Jewish Nation-State Law (2018), which is antithetical to the object and purpose of the Convention and has the purpose of nullifying the recognition, enjoyment, and exercise, on an equal footing, of all human rights and fundamental freedoms in the State Party.