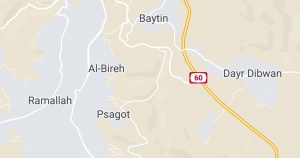 Al-Haq condemns, both as an irresponsible and flagrant attempt to obscure and disregard international law, and as a violation of international law and an internationally wrongful act, the recent statements by the United States’ Secretary of State, Mike Pompeo.[1]

Pompeo, while visiting and touring illegal Israeli settlements in the Occupied Palestinian Territory,[2] made a number of announcements concerning US policy on the situation in Palestine. These statements are designed to deny the Palestinian character of the Occupied Palestinian Territory, encompassing the West Bank, including East Jerusalem, and the Gaza Strip, to erase the Palestinians from these lands, and to ensure they remain fragmented and under Israel’s institutionalised regime of racial oppression and domination, amounting to the crime of Apartheid.[3]

Pompeo’s departure point is the pursuit of what is termed a “reality-based foreign policy approach”, a rhetorical and policy device which builds upon the so-called Peace Plan published by the US administration in January 2020, and to which Pompeo reaffirmed the United States’ commitment.[4] That document erased the fact of occupation and the applicable international law, and presented perpetual Israeli military domination of Palestinians as “A realistic solution” to its presentation of a problem by which “The conflict has grown old, the arguments have become worn, and the parties have failed to achieve peace”.[5]

Prior to the Plan’s publication, Al-Haq had already warned that:

“This ‘deal’ will undoubtedly seek to not only condone, but also to reward Israel for its decades-long violations of international law, including its unlawful transfer of its own population into the occupied Palestinian territory. Recent Israeli and U.S. actions demonstrate that this plan has already been set into motion: deprive Palestinians of needed aid to coerce them into cooperating; attempt to obstruct legal avenues for remedy, including by threatening the International Criminal Court (ICC); and take unilateral action irrespective of international law or world opinion in order to cement Israel’s control over Palestinian land.”[6]

Pompeo’s statement seeks to affect such policy. The focus of the statement was to label products manufactured in the illegal settlements as being the “Product of Israel.” Pompeo announced that products originating from “areas where Israel exercises the relevant authorities – most notably Area C under the Oslo Accords – will be required to mark goods as ‘Israel’, ‘Product of Israel’, or ‘Made in Israel’ when exporting to the United States.”

The aim of such a policy is to recognise the illegal settlements as having been annexed by Israel. Article 47 of the Fourth Geneva Convention stringently protects the inviolable rights of the Palestinian population and explicitly prohibits “any annexation” by the Occupying Power “of the whole or part of the occupied territory”. The persistent failure of third states, including at the Security Council, to adopt and enforce the necessary action to bring to an end the occupation and ensure the realisation of legal obligations has had a severely detrimental and far-reaching effect on the efficacy of the international legal framework, is facilitating Israel’s annexationist strategy, and contributes to the further fragmentation of Palestine and the Palestinian people.

All Israeli settlements in the Occupied Palestinian Territory are unlawful under international law, a fact repeatedly recognised by the United Nations Security Council, including in UN Security Resolution 2334 of December 2016 which reaffirmed:

“that the establishment by Israel of settlements in the Palestinian territory occupied since 1967, including East Jerusalem, has no legal validity and constitutes a flagrant violation under international law and a major obstacle to the achievement of the two-State solution and a just, lasting and comprehensive peace”.[7]

Pompeo’s claim that settlement producers “operate within the economic and administrative framework of Israel and their goods should be treated accordingly” and that settlement businesses are “administratively separate” from Palestinian producers illustrates the very apartness characteristic of the Apartheid regime, by which Palestinians are subject to an institutionalized regime of systematic oppression and domination. Rather than legitimise and support such a regime, it is incumbent upon the United States, and all other states to act to bring such a situation to an end.

Pompeo, who has previously wrongly claimed that illegal Israeli settlements are not inconsistent with international law,[8] is directly contradicting the International Court of Justice, United Nations General Assembly, Security Council, and the international community at large.

This decision by the United States stands in contrast to the European Union, where the Court of Justice of the European Union has required that goods originating from illegal Israeli settlements are to be accurately labelled as such.[9] While the EU’s position is welcome, it is insufficient in the face of the obligations of states under international law. All states, including the United States, are obligated to immediately prohibit the import of all goods originating from illegal Israeli settlements as part of their obligation to refrain from aiding or assisting the continuation of the illegal situation in Palestine.[10]

Rather than attempt to normalise and legitimise Israeli settlements in the Occupied Palestinian Territory, states must take active steps to ensure that they are not complicit in the maintenance of the occupation of Palestine, including through the passing of domestic legislation, such as the Occupied Territories Bill in Ireland.[11]

It is further of note that Pompeo announced that goods originating outside of illegal Israeli settlements in the Occupied Palestinian Territory must be labelled as originating from either the West Bank or Gaza. This policy purports to be “in recognition that Gaza and the West Bank are politically and administratively separate and should be treated accordingly.”[12]

Once more, this statement directly contradicts international law and opinion. In 1980, the UN Security Council condemned any attempt to alter the “physical character, demographic composition, institutional structure, or status” of the Occupied Palestinian Territory as being of “no legal validity” and “a flagrant violation of the Fourth Geneva Convention”, while further being “a serious obstruction to achieving a comprehensive, just and lasting peace”.[13]

In a further statement, also made on 19 November 2020, Pompeo equated the accurate labelling of settlement produce, and the publication of the UN database on companies involved in illegal Israeli settlements, with anti-Semitism.[16] In actioning this, Pompeo stated that the US will target the funding of organisations and groups which engage in the pursuit of Palestinian human rights.

The targeting of the funding of Palestinian human rights organisations has long been a core tactic of undermining and silencing the work of civil society in Palestine.[17] Accordingly, in his March 2019 report, the UN Special Rapporteur on the situation of human rights in the Palestinian territories occupied since 1967 noted that measures such as disinformation and delegitimization campaigns and attacks on organisation funding have “seriously curtailed the ability of human rights defenders to carry out their legitimate work, provide protection, and call for an end to violations of human rights in the Occupied Palestinian Territory.”[18]

As the Trump Administration draws to a close, it is imperative that the incoming Administration in the United States immediately commit to take meaningful and effective steps to address the harm caused to peace and justice in Palestine since 2016. All states, including the United States, must ensure that they are in full compliance with their international obligations, including the obligation to co-operate to bring the unlawful situation in Palestine to an end. It is imperative that all attempts to obscure and distort the reality of the situation in Palestine, and to frustrate and delegitimise the work of civil society and human rights defenders, are challenged on the international stage, and that annexationist policies premised on rejection of the rule of law are not embraced as a “reality-based foreign policy”.

[1] See US Department of State, Marking of Country of Origin (19 November 2020), available at: https://www.state.gov/marking-of-country-of-origin/.

[4] White House, Peace to Prosperity: A Vision to Improve the Lives of the Palestinian and Israeli People (January 2020), available at: https://www.whitehouse.gov/peacetoprosperity/.

[6] Al-Haq, As a New “Peace Plan” Looms, the International Community must Stand Against Israel-US Annexation Strategy (18 May 2019), available at: https://www.alhaq.org/advocacy/6051.html.

[8] See Al-Haq, PHROC, ADALAH, and PNGO Condemn Statement by US Secretary of State Mike Pompeo on the Legal Status of Israeli Settlements under International Law (20 November 2019), available at: https://www.alhaq.org/advocacy/16201.html.

[12] See the website of the US Embassy in Israel, available at: https://il.usembassy.gov/marking-of-country-of-origin/.

[14] UN ESCWA, Israeli Practices towards the Palestinian People and the Question of Apartheid: Palestine and the Israeli Occupation, Issue No. 1 (2017), available at: https://web.archive.org/web/20170316054753/https://www.unescwa.org/sites/www.unescwa.org/files/publications/files/israeli-practices-palestinian-people-apartheid-occupation-english.pdf.