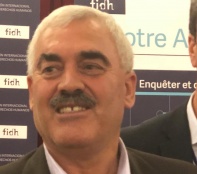 (Al-Haq is a Palestinian human rights NGO based in Ramallah, Palestine, with ECOSOC status at the United Nations)

As the Israeli government prepares to annex vast swaths of the occupied West Bank on 1 July, millions of us in Palestine are watching as negotiations to form the next Irish government come down, not in small part, to the Occupied Territories Bill. First introduced by Senator Frances Black, the Bill, if made law, would prohibit the import and sale of goods and services produced in illegal settlements located in territories under military occupation. While the Bill’s importance isn’t specific to Palestine, it would ensure that Ireland does not facilitate the ongoing forced displacement of Palestinians, and erasure of Palestine - acts amounting to crimes against humanity, through the acceleration of commercial settlements in the West Bank, including East Jerusalem.

In the current negotiations, Fianna Fáil and the Green Party support the inclusion of the Occupied Territories Bill, while Fine Gael oppose it, claiming the Bill is at odds with European Union trade law. Despite these claims, international legal experts, including Professor Takis Tridimas, an expert on EU law based in King’s College London, and Senator Michael McDowell SC, former Attorney-General of Ireland, have assured the State that there is no obstacle to restricting trade with illegal settlements under EU law, as reported previously in the Journal.ie. Meanwhile, Professor James Crawford, now Judge at the International Court of Justice, has also given a legal opinion in the context of the United Kingdom, coming to the same conclusion.

While it is clear then that the Bill is compatible with EU law – it is, in addition, necessary for Ireland to pass the Bill to meet its obligations under international law. In a recent letter to the Irish Times, United Nations Special Rapporteur for the Occupied Palestinian Territory, Michael Lynk, advised “Among the measures which states must adopt [to meet their international law obligations] is a ban on trade with Israel’s illegal settlements”. The United Nations Security Council, in Resolution 2334 (2016), reaffirmed that Israeli settlements in the occupied West Bank, including East Jerusalem, are illegal, and stressed that an end to all settlement activity is necessary for peace in the region. Despite this, Israel has showed no signs of stopping – in fact, it has accelerated its settlement activities in recent years, to culminate in the full-scale annexation of settlements in the occupied West Bank, in direct breach of international law.

That the illegal settlement enterprise has continued unimpeded for 53-years underscores the political and legal failure of the international community to intervene. Under international law, States have obligations under what lawyers call the principles of non-recognition and non-assistance. Put simply, under these principles, States such as Ireland must not recognise illegal situations as legitimate and must make sure that they are not assisting in maintaining the illegal situation. In the case of Palestine, the international community has wilfully failed to honour these obligations, leaving the Palestinian people to suffer the ongoing seizure of our lands, the demolition of our homes, the wilful killing of our loved ones, and the gradual erasure of our homeland.

Between 2017 and 2019, Al-Haq recorded 2,307 violent attacks on Palestinians at the hands of Israeli settlers. Meanwhile, in the last five years we documented the demolition of 1,115 Palestinian homes in the West Bank, including East Jerusalem, and a further 18,000 Palestinian homes in the Gaza Strip destroyed as part of military offensives. In the same space of time, 3,110 Palestinian civilians have been killed by the Israeli Occupying Forces.

At the time of writing, Ireland is campaigning for a 2020-2021 term on the UN Security Council, the same body which in 2016 demanded Israel respect international law and end its illegal settlement enterprise. Four years ago, this seemed like a breakthrough, however now it is clear that more is needed than words and resolutions. Al-Haq has already written to An Taoiseach Leo Varadkar, Mr Micheál Martin TD, and Mr Eamon Ryan TD, among others, asking them to ensure that the upcoming Programme for Government includes the Occupied Territories Bill. Ireland has the opportunity to lead in the prohibition of unlawful settlement goods, in recognition that the annexation and erasure of Palestine can no longer go unchallenged.

Palestinians have forged a long and deep friendship with Ireland, cultivated from our shared histories. We come to you now, asking that you do not forget us, as we face Israel’s plans for the annexation of our lands and escalated military hostilities. We ask you, and your political leaders, to stand with Palestine against the destruction of our people, homes and lands, which the international community has wilfully ignored, and to support the Occupied Territories Bill. As Irish political leaders decide whether to include the Bill in Ireland’s next Programme for Government, they should remember: the whole world is watching.