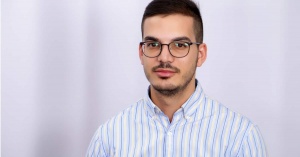 Since 26 October 2019, Laith Abu Zeyad, a Palestinian human rights defender, who works as a Campaigner on the Occupied Palestinian Territory (OPT) and Israel with Amnesty International, has been prevented to travel outside the occupied West Bank by the Israeli authorities, for alleged and undisclosed “security reasons.”[1] The imposed travel ban on Laith exemplifies Israel’s long-standing policy of silencing those who monitor and document human rights violations, call for Israel’s impunity to end, and seek justice and accountability under international law.[2]

Following the rejection of a petition submitted by Amnesty International by the Israeli Coordinator of Government Activities in the Territories (COGAT) on 13 February 2020,[3] Amnesty International submitted a petition to the Jerusalem District Court, on 25 May 2020, challenging the imposed travel ban on Laith.[4] On 31 May 2020, the hearing, sitting as an administrative court, into the submitted petition took place. While no decision has been taken yet, the judge asserted that the secret information presented by the Israeli General Security Service (GSS,) to his belief, is substantial. As such, it is most likely that the petition will be rejected and the travel ban will still be imposed.

Notably, the entire case against Laith is based on secret “information” or “evidence,” undermining Laith’s right to a fair trial, which constitutes a violation to international human rights and humanitarian law. The presented material was examined by the judge, while Laith’s lawyer was denied any access to it, in violation to the due process rights. As such, Laith’s lawyer was denied the opportunity to respond to the allegations against his client. Israel’s utilization of the “secret information” justification, which is widely used for the purposes of administrative detention, has been criticized and rejected.[5] Yet, Israel continues to employ this practice, as evident with Laith, and previously with Al-Haq’s General Director, Shawan Jabarin.[6]

The Jerusalem District Court, as part of a wider discriminatory Israeli judicial system, aims at legitimizing the illegitimate, as the system is wilfully unconcerned with Israel’s obligations to international law standards.[7] It is in the context of this rhetoric that Israel has generally sought to further dilute its legal obligations as an Occupying Power and to plead legitimacy for its long-existing oppressive and unlawful practices against the occupied Palestinian population, including through derogation from internationally recognised fair trial standards.

The right of all persons to a fair trial is guaranteed under international humanitarian and human rights law, as stipulated by Articles 9 and 14 of the International Covenant on Civil and Political Rights. Further, General Comment No. 32 of the UN Human Rights Committee specifically states that parties must “be given the opportunity to contest all the arguments and evidence adduced by the other party.” Further, Article 71 of the Fourth Geneva Convention stipulates that “[a]ccused persons who are prosecuted by the Occupying Power shall be promptly informed, in writing, in a language which they understand, of the particulars of the charges preferred against them.” Further, and under Article 147 of the Fourth Geneva Convention, “[w]ilfully depriving a protected person of the rights of fair trial prescribed in the present Convention” is a grave breach of the Convention.

The Palestinian Human Rights Organisations Council (PHROC) stands in solidarity with Laith Abu Zeyad and Amnesty International. Contextualizing Israel’s institutionalized repression, intimidation and attacks against civil society organizations,[8] human rights defenders and activist working for Palestinian rights,[9] PHROC believes that Laith’s case should be analysed as yet another illustrative example of the carried-out campaign, which needs to come to an end.

[7] Al-Haq, “Legitimising the Illegitimate? The Israeli High Court of Justice and the Occupied Palestinian Territory,” 2010, available at: http://www.alhaq.org/cached_uploads/download/alhaq_files/publications/Legitimising%20the%20Illegitimate.pdf