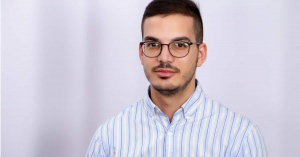 On 26 October 2019, Amnesty International staff member, Laith Abu Zeyad, Campaigner on Israel and the Occupied Palestinian Territory, was prevented from travelling by the Israeli authorities for alleged “security reasons” while trying to attend a relative’s funeral in Jordan. Earlier in September 2019, Israeli authorities denied Mr. Zeyad’s request for a humanitarian permit to accompany his mother for medical treatment in Jerusalem. The Israeli authorities have not publicly provided evidence for Mr. Zeyad’s travel ban.[1] Israel’s arbitrary movement restrictions and travel ban against Mr. Zeyad must be viewed within the context of Israel’s growing institutionalized repression, intimidation and attacks against civil society organizations, human rights defenders and activists working for Palestinian rights.

Such institutionalized campaign, led by the Israeli authorities and other lobbying groups, is an attempt to silence Palestinian and international human rights organisations and hinder their work in monitoring and documenting human rights violations and from seeking accountability. According to a statement made by Kumi Naidoo, the Secretary-General of Amnesty International, travel bans are being used as punishment against Palestinian human rights defenders and those who are willing to criticize Israel’s discriminatory acts and policies.[2]

The case of Laith Abu Zeyad is illustrative to Israel’s arbitrary policy of travel bans against human rights defenders and activists. Mr. Abdullatif Ghaith, former Addameer Prisoner Support and Human Rights Association Chairperson, has been banned from travelling abroad and from leaving Jerusalem.[3] In 2006, Israel imposed a travel ban on Shawan Jabarin, the General Director of Al-Haq.[4] In April 2019, Omar Barghuoti, the co-founder of the BDS movement was prohibited from travelling to the United States from the Ben Gurion Airport in Tel Aviv.[5]

The Palestinian Human Rights Organisations Council (PHROC) stands in solidarity with Mr. Laith Abu Zeyad and Amnesty International. PHROC strongly condemns the movement restrictions imposed against Mr. Abu Zeyad and associated infringements on the right to freedom of movement and family life. PHROC demands the travel ban and movement restrictions immediately be lifted. PHROC further reaffirms the critical role of Palestinian and international human rights organisations, defenders and activists in promoting and protecting the rule of law and human rights standards in Palestine and for the Palestinian people – which will not be hampered by Israel’s smear campaigns and acts of intimidation.