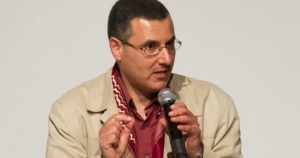 On 6 October 2019, Israeli Interior Minister Arye Deri announced that he is working towards revoking the residency status of Palestinian resident and human rights defender Omar Barghouti. The Israeli Interior Minister has “instructed the legal department of the Population, Immigration and Borders Authority to prepare the legal framework to revoke Barghouti’s resident status,” placing him at imminent threat of deportation. Prior to this announcement, Israel’s Attorney-General, Dina Zilber, confirmed that the Minister of the Interior has the prerogative to revoke the residency status of a person who is accused of ‘breaching allegiance’ to Israel. Barghouti is a resident of Israel, a status he received in 1994, following a process of family unification with his wife who is a Palestinian citizen of Israel.

According to the Interior Minister’s announcement, he plans to act quickly to revoke Barghouti’s resident status, because “[h]e is a person who is doing everything to hurt the country, and therefore, he cannot enjoy the privilege of being a resident of Israel.” As a Palestinian human rights defender and co-founder of the Boycott, Divestment and Sanctions (BDS) Movement, Omar Barghouti has been targeted by Israel for his calls for freedom, justice, and equality for the Palestinian people in accordance with international law. Accordingly, Barghouti’s threatened residency revocation amounts to a clear assault on his right to freedom of expression, including his work as a human rights defender and his calls for accountability for Israel’s widespread and systematic human rights violations against the Palestinian people.

The statement made by Interior Minister Deri, dated 6 October 2019, is only the latest manifestation of Israel’s State-led repression against Omar Barghouti for his human rights work. To date, several Israeli ministers, including Deri, have targeted Barghouti, frequently delaying the renewal of his travel document, which in effect means banning him from travel, threatening his right to family life and unity by calling for the revocation of his residency status, and making statements containing threats to his life and personal safety. Barghouti’s threatened residency revocation comes in light of an ongoing and systematic effort led by the Israeli Government to create a coercive environment designed to silence and undermine the work of human rights defenders and activists promoting the rights of the Palestinian people and challenging Israel’s widespread violations and suspected crimes. It is within this context that the Israeli authorities have increasingly resorted to smear and de-legitimisation campaigns against human rights defenders, activists, and civil society organisations advocating for the rights of Palestinians and calling for justice and accountability.

In addition, Israel’s practice of punitive residency revocation on the basis of so-called ‘breach of allegiance’ to the State, has been used as a tool to suppress Palestinians’ activism and to restrict their right to freedom of expression when challenging Israel’s systematic violations of international law. On 17 October 2017, in response to a request based on the Freedom of Information Act, the Israeli Interior Ministry acknowledged it had revoked the residency status of 13 Palestinians on the basis of ‘breach of allegiance’ to Israel. This overbroad criterion could be widely applied to Palestinians voicing opposition to the Israeli authorities in their exercise of their fundamental right to freedom of expression. Israel’s policy of silencing opposition through threatened deportations and punitive residency revocation stands in clear violation of international human rights standards and treaties, which Israel is bound to respect, protect, and fulfil towards the Palestinian people, in particular the right to freedom of expression and to freedom of movement and residence, including to leave one’s country and to return.

In light of the above, the undersigned organisations call on the international community to:

1/ Act immediately to prevent the revocation of Omar Barghouti’s residency status on the basis of ‘breach of allegiance’ to Israel or on the basis of any other criteria, which, if carried out, will result in violations of his rights to freedom of expression, freedom of movement and residence, and would contribute to the commission of the serious crime of population transfer of the Palestinian people under international law;

2/ Call on the international community and UN member states to exert pressure on Israel to comply with international law, by immediately revoking its Entry into Israel Law, which has been used to systematically violate the right of Palestinian citizens to freedom of movement and residence, including to leave their country and to return.

3. 7amleh - Arab Center for the Advancement of Social Media

7. The African Centre for Democracy and Human Rights Studies (ACDHRS)

16. Hurryyat - Center for Defense of Liberties and Civil Rights

28. Syrian Center for Media and Freedom of Expression (SCM)

29. The African Centre for Democracy and Human Rights Studies

30. Vigilance for Democracy and the Civil State

Barghouti is not the first Palestinian to have been threatened with punitive residency revocation on the basis of ‘breach of allegiance’ by the Israeli authorities, despite the illegality of the practice. Following a request sent to the Ministry of the Interior based on the Freedom of Information Act, the Interior Ministry acknowledged on 17/10/2017 that it had revoked the residency status of 13 Palestinians on the basis of ‘breach of allegiance’.

The first punitive residency revocation carried out by the Israeli authorities dates back to 2006, when the Minister of the Interior revoked the residency status of three Palestinian parliamentarians in addition to the former Palestinian Minister of Jerusalem, claiming they had ‘breached allegiance’ to Israel. The revocation of the residency status of Palestinians in a punitive manner has thus already been used by Israel against politically active Palestinians, in a manner, which violates their rights to freedom of expression and association.

In 2006, the four Palestinians filed a petition (HCJ 7803/06) to the Israeli Supreme Court. Rendering its judgment on 13 September 2017, more than eleven years after the petition had been filed, the Israeli Supreme Court acknowledged the absence of any legal grounds in Israeli legislation permitting punitive residency revocation on the basis of so-called ‘breach of allegiance.’ Despite this conclusion, the Supreme Court nevertheless upheld the revocation of the petitioners’ residencies for six months, allowing the illegality to continue, and gave the Israeli Parliament (the Knesset) this period of time to change the law in order to legalise punitive residency revocation on the basis of ‘breach of allegiance’ to the State of Israel.

Following the Supreme Court judgment, the Entry into Israel Law of 1952 was amended on 7 March 2018, thereby granting the Israeli Interior Minister the power to revoke residency rights of Palestinians based on the additional criterion of ‘breach of allegiance’ to Israel. According to the Law, as amended, ‘breach of allegiance’ is defined as committing, or participating in, or incitement to commit a terrorist act, or belonging to a terrorist organization, as well as committing acts of treason or aggravated espionage. By using this overbroad and vague definition of ‘breach of allegiance,’ the Israeli Parliament has made it possible for current and future Israeli Interior Ministers to revoke the residency rights of Palestinians, based solely on their own interpretation that the resident “has committed an act which is considered a breach of allegiance to the State of Israel.” With this amendment, Israel has made it possible to revoke the residency status of any Palestinian based on vague, overbroad, and subjective grounds, thereby contributing to the serious crime of population transfer and demographic manipulation, in violation of established norms of international law.