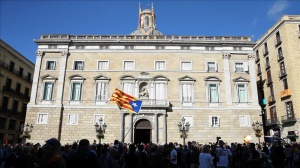 On 24 June 2022, Al-Haq sent letters to Catalan parliamentarians, for their pioneering work in advocating at the Catalan Parliament to adopt a ground-breaking resolution of recognition, that the legal regime in Palestine, constitutes one of Apartheid. In particular, Al-Haq thanked Susanna Segovia Sánchez MP, Carles Riera Albert MP, Ferran Pedret i Santos MP, Meritxell Serret i Aleu, MP. Al-Haq further extended gratitude to the four Catalan political parties- Candidatura d’Unitat Popular, En Comú Podem, Esquerra Republicana de Catalunya and the Partit Socialista de Catalunya- who worked together to ensure the adoption of the resolution denouncing "the system applied by Israel in the Occupied Territories”.

The resolution, adopted on 16 June 2022, stresses that Israel’s discriminatory system “is contrary to international law and is equivalent to the crime of apartheid as defined in the Rome Statute of the International Criminal Court". For Al-Haq, the resolution is an important recognition that Israel is carrying out internationally wrongful acts in violation of jus cogens norms of international law from which no derogation is permitted, and criminal acts for which individual criminal liability attached. As such, it speaks to the relentless efforts of Catalonian, international and Palestinian human rights civil society organisations, including Al-Haq who presented to the Parliament of Catalonia in November.

It further follows from the recognition of the Committee on the Elimination of Racial Discrimination in its December 2019 concluding observations to Israel, "which highlight, for the first time, Israeli policies and practices of racial segregation and apartheid over the Palestinian people on both sides of the Green Line." In addition to the international condemnation of UN Special Rapporteurs Michael Lynk and Richard Falk, Amnesty International, Human Right Watch, B’Tselem and Yesh Din, which all conclude that the practices and policies employed against the Palestinian people by Israel may amount to the crime of Apartheid and recommend preventing any support of this regime.

We cannot stress enough that public condemnations or recognition of Israel’s apartheid are not the end but only the beginning of the long road towards dismantling the settler colonial and apartheid regime underpinned by Israel’s systematic racial discrimination and segregation. Significantly, clear customary obligations flow from such recognitions of illegal acts, including the obligation not to render aid or assistance in the ongoing commission of gross violations of international law and crimes against humanity.

More specifically, this includes putting an end to corporate complicity in the settlement enterprise, ending arms trade with Israel and not engaging in mega-projects at an EU level, such as international agreements for gas piped through the Gaza coast, and ending projects of common interest such as the Euro-Asia Interconnector receiving electricity from Israel’s settlement solar panel fields. At the same time, Al-Haq recommends that State parties reconvene the UN Special Committee against Apartheid and the UN Centre against Apartheid as critical steps towards ending Israel’s institutionalized and apartheid regime.

We do not see any compelling reasons why this process, which was successfully followed in respect of the apartheid regime in South Africa, is not implemented when it comes to Israel. It is indeed "only by recognizing the reality of Israel’s apartheid that we can begin to work together to overcome “apartheid in the 21st century”. The much-needed recognition of Apartheid in the resolution of the Catalan parliament, is a pivotal step towards dismantling apartheid.