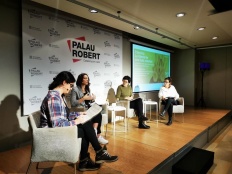 Between 22 November and 1 December 2021, Al-Haq engaged in an advocacy tour in Spain, participating in several advocacy meetings with government representatives, parliamentarians, Spanish civil society organisations and corporations, delivering presentations at public events, and conducting interviews. Al-Haq’s advocacy covered the recent designation, outlawing six leading Palestinian civil society organisations (CSOs), the human rights situation in Palestine in 2021, specifically the Israeli mass suppression against the Palestinian people since April, sparking from the threat of forced displacement in the Sheikh Jarrah neighbourhood in Jerusalem, and spreading into a Unity Uprising across colonised Palestine, as well as presenting upcoming research on the case of Jabal Sbeih in Beita in occupied Nablus, as a steadfast popular resistance model in the face of Israeli colonisation and suppression.

Throughout the tour, Al-Haq spoke in several meetings with political stakeholders to explain the context of designating Palestinian CSOs as unlawful, the designation’s ramifications, a legal analysis, and suggested recommendations to ensure the continuation of Palestinian civil society’s role. These included a meeting on 23 November 2021, in Madrid, at the Spanish Parliament with representatives of the Junts per Catalunya, ERC, PNV, Bildu, PSOE, Unidas Podemos, along with representatives of Spanish CSOs, and Sahar Francis from Addameer; a meeting on 24 November, in Barcelona, with parliamentarians of the Catalan Parliament, along with representatives of Spanish CSOs; and a meeting on 30 November in Merida, Extremadura, with a representative of the Partido Popular of the Assembly of Extremadura, along with a representative of NOVACT. Moreover, Al-Haq spoke in two press conferences on 24 November in Barcelona, condemning the recent designations of Palestinian CSOs. The first at the Barcelona City Council with the participation of Deputy Mayor of the Municipality, Laura Pérez, and President of Lafede.cat, Luca Gervasoni; and the other at the Catalan Parliament with the participation of representatives of Candidatura d'Unitat Popular and En Comú Podem. 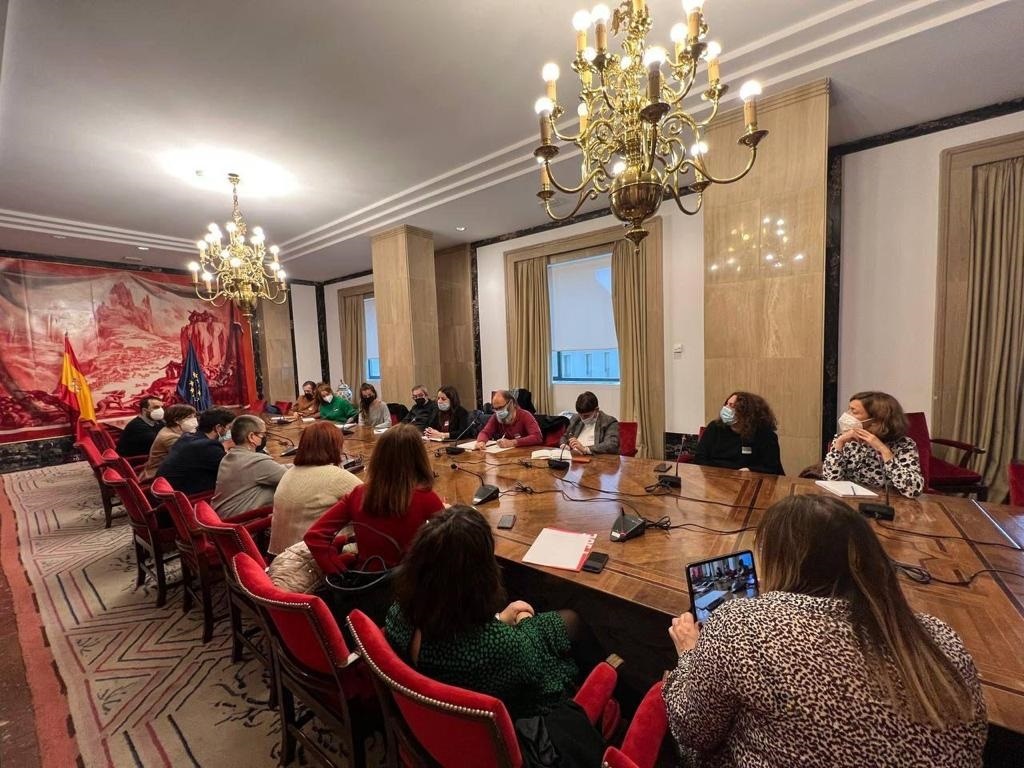 On 22 November, in Madrid, a roundtable was organized on the recent designation of the six Palestinian CSOs, along with Spanish CSOs and development agencies and included presentations by representatives of Addameer, B’tselem, the Palestinian Institute for Public Diplomacy, and the European Council on Foreign Relations, alongside Al-Haq, who presented on the context of the designation.

Throughout the tour, Al-Haq participated in several public events, including a public event on 23 November in Madrid, entitled: “Criminalization of Human Rights Defenders in Palestine” whereby Aseel AlBajeh of Al-Haq presented on Israeli repression of Palestinian resistance within the apartheid framework, highlighting the suppression of the May Unity Uprising and the case of  Jabal Sbeih in Beita as case studies, and Sahar Francis of Addameer presented on the legal implications of the criminalization of Palestinian CSOs. Another public event in Barcelona on 24 November, entitled “Palestine: Freedom is a constant Struggle. PAL CSO strategies of resistance to confront IS criminalization,” included presentations by Ona Anglada Pujol of Amnesty International Catalunya, and Elena Jiménez Botías of Omnium Cultural. Aseel AlBajeh of Al-Haq contextualized the recent criminalization of Palestinian CSOs, addressed Palestinian civil society’s integral role within expanding colonization and repression, addressed the designation’s implications and presented a legal analysis. On 30 November, a forum entitled “Business and Human Rights in Palestine” was organized in Merida, Extremadura, which included presentations by NOVACT and La Asociación Internacional para la Observación de los Derechos Humanos, and a presentation by Al-Haq on its preliminary findings of its upcoming report on popular resistance at Jabal Sbeih in Beita, occupied Nablus, in the face of Israeli violent suppression and colonization. Closing its advocacy trip, on 1 December 2021, Al-Haq presented at a public conference in Losar de la Vera, on the repression of Palestinian resistance in 2021 with the  Unity Uprising, Beita and the recent designation as examples within the apartheid framework.

On 26 November, Al-Haq met with the Executive Director of ACCIO - the Catalan Government's agency for business competitiveness - highlighting the business and human rights situation in Palestine, the porous nature of supply chains and how settlement products may traverse the Green Line, warning about corporate accountability and complicity in sustaining illegal settlement activities.

Throughout the tour, two presentations were delivered at universities, including on 23 November, in Madrid, at La Universidad Autónoma de Madrid, and on 26 November in Barcelona, at Universidad de Barcelona. Both presentations covered repression of Palestinian resistance within the settler-colonial and apartheid frameworks. The presentations addressed case studies from 2021, including the Unity Uprising, suppression at Jabal Sbeih in Beita and the recent designations. 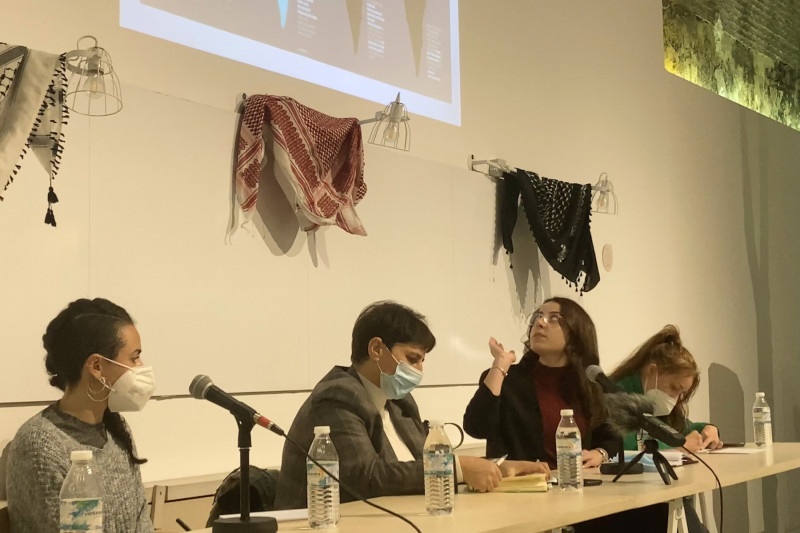 Throughout the tour, Al-Haq conducted several interviews, including an interview on the human rights situation in Palestine and the criminalization of Palestinian CSOs with Tiare Gatti Mora of Contexto, along with Sahar Francis of Addameer; an interview with Claudia García Jiménez of Publico along with Sahar Francis on the recent designation and the impact of Israeli colonization on Palestinian women; and an interview with the Catalan National Public TV on the human rights situation in Palestina and the recent designation.