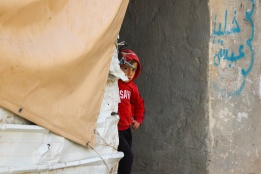 “Palestine’s right to development is being denied by Israel, creating an environment plagued by poverty, ‘epic’ unemployment and economic stagnation.”

The submission pointed out the interrelation between the right to development and the realization of human rights as particularly critical in the Palestinian context, including the right to self-determination, the elimination of foreign domination and belligerent occupation, the prohibition against discrimination and flagrant human rights abuses; the full enjoyment of all human rights and fundamental freedoms, including socioeconomic rights; peoples’ full sovereignty over their natural resources; and participatory decision-making in public affairs.

In their joint written submission, Al-Haq and Al Mezan asserted that the prolonged nature of the occupation does not cancel the responsibility of the occupying Power to protect the human rights of the protected occupied population. Therefore, the DC RTD should ensure the obligation of the Occupying Power to develop the occupied territory for the sole benefit of the protected population, but to also guarantee that the occupier does not financially benefit from the exploitation of the occupied territory’s resources, an act which is prohibited by Article 55 of the Hague Regulations of 1907, and which may constitute the war crime of pillage.

After briefly pointing out how the ongoing belligerent occupation, apartheid and unlawful collective punishment imposed on Palestinians limits their right to development as defined by the DRD and the DCRTD, Al-Haq and Al Mezan underlined that such practices must be reflected in a more explicit way in the DC RTD. Al-Haq and Al Mezan advised that the DC RTD includes provisions on corporate liability and reflects the United Nations 'Protect, Respect and Remedy' Framework as per UN Guiding Principles on Business and Human Rights. They also demanded a clear accountability mechanism that would allow the main right holders to ensure their ability to secure their sovereignty over natural resources as a crucial component of the right to development.

To conclude, the context of Israel’s belligerent occupation, apartheid and settler colonialism has resulted in continued and purposeful measures against the right to development of the Palestinian protected civilian population. It therefore is essential to make sure that the DCD satisfactorily reflects and protects the right to development of the Palestinian people as the protected population under military occupation and people living under Israel’s apartheid regime.

Please find the submission on the Draft Convention on the Right to Development (DC RTD) here.