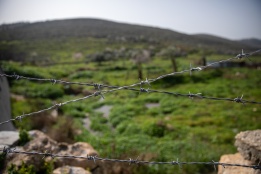 Al-Haq appreciates the Committee’s invitation to contribute to the drafting process of General Comment No. 26 and is confident that it will provide a sound and essential interpretative instrument to complement the Covenant on ESC. Especially within the context of progressing colonization in Palestine, Israel has deployed a series of apartheid policies and practices aimed at segregating, fragmenting and appropriating Palestinian indigenous lands for the purpose of entrenching Jewish-Israeli domination over the Palestinian people and their lands.

Based on an analysis of Israel’s policies and practices intended to appropriate and exploit Palestinian lands to further its colonial enterprise, Al-Haq provided its written opinion and suggestions to remedy the shortcomings and oversights of the current draft General Comment.

In particular, Al-Haq stressed the importance of addressing the fundamental connection between land and the right to self-determination within a context of belligerent occupation, colonization and apartheid, as a latter constitutes the main pillar of a people’s entitlement to their lands. Under international human rights law, a people’s ability to pursue their economic, social and cultural development depends on their access, governance and control over their lands and natural resources. Over the past 73 years, Israel has gradually expanded its civil and military occupation of Palestinian lands, through a subtle combination of de facto and de jure tools of territorial annexation, compounded with apartheid acts to segregate and impose Jewish-Israeli domination. The whole of these policies and practices have incrementally created a coercive environment for Palestinians, in order to indirectly and directly transfer them, including through land expropriations, house demolitions, state land declarations, discriminatory planning and zoning to prevent Palestinian development, or corporate actors’ exploitation of land resources. This illegal transfer of the indigenous population has been complemented by the establishment and expansion of Jewish-Israeli settlements throughout the occupied West Bank, to exploit and appropriate Palestinian lands.

In this regard, Al-Haq underlined the urgent need to better address the situation of armed conflicts, especially military occupation, as well as the weight of apartheid acts perpetrated against indigenous lands for the purpose of furthering a settler-colonial project. These are essential frameworks to consider in order to protect and support the realization of any people’s right to self-determination with regards to their lands.