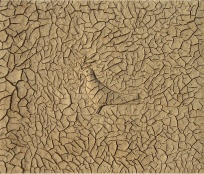 Land Day commemorates the death of six Palestinians and the injuring of 70 others by Israeli gunfire in Nazareth in 1976 during protests against Israeli land expropriation. Land Day also serves to remind the world of the continued injustice of Israel’s historical and ongoing illegal expropriation of Palestinian land.

As we mark Land Day 2021, Al-Haq notes with concern that 15 Jerusalemite families totalling 37 households of around 195 Palestinians, residing in Karm Al-Ja’ouni area in Sheikh Jarrah neighbourhood and Batn Al-Hawa neighbourhood in Silwan, are currently at imminent risk of forced eviction. Unlawfully applying Israeli domestic law to occupied territory, Israeli courts have ruled in favour of lawsuits undertaken by settler organisations to evict the 15 Palestinian families.

In February 2021, the Israeli Occupying Forces (IOF) raided Khirbet Humsa al-Fawqa, a Palestinian community located in what Israel has declared as a ‘firing zone’ area, five times. Khirbet Humsa al-Fawqa was previously targeted in November 2020, when the Israeli occupying authorities conducted what has been described as “the largest forced displacement incident in over four years,” leaving 72 Palestinians, including 38 children, homeless amidst a global pandemic.

Three years ago, on Friday 30 March 2018, thousands of Palestinian families and civilians comprising youth, children, women and men in the Gaza Strip commemorated Land Day, demonstrated against the 10-year long closure, and reaffirmed their right of return, by peacefully marching towards the border areas along the Strip with Israel. Since 2007, against the backdrop of 53-years of brutal Israeli military occupation, Israel has imposed a comprehensive land, sea, and air blockade and closure of the Gaza Strip, considered an unlawful collective punishment of two million Palestinians. The closure has led to the collapse of essential services, profound levels of poverty, food insecurity, unemployment, and aid-dependency, and the contamination of most of Gaza’s water supply.

Al-Haq’s field monitoring and documentation recorded the killing by Israeli occupation forces of 15 Palestinians and the injury of at least 1,416 others, 758 of whom with live ammunition, on 30 March 2018. The subsequent Report of the independent international commission of inquiry on the protests in the Occupied Palestinian Territory identified the commission of war crimes and possible crimes against humanity in Israel’s attacks on 30 March 2018 and against subsequent demonstrations, observing that:

the Government of Israel has consistently failed to meaningfully investigate and prosecute commanders and soldiers for crimes and violations committed against Palestinians or to provide reparation to victims in accordance with international norms. Scarce accountability measures arising out of Operations Cast Lead and Protective Edge and public comments by high-ranking public officials cast doubt over the State’s willingness to scrutinize the actions of military and civilian leadership who drafted, approved and supervised the implementation of the rules of engagement governing the actions of Israeli forces at the demonstrations. (para 111)

On Land Day 2021, as the crimes of the occupation, and the dispossession of Palestinians continues, we note the recent opening by the Office of the Prosecutor at the International Criminal Court of the investigation into the Situation in Palestine. This investigation represents a critically important step towards ending impunity and upholding the international rule of law, while ensuring the dignity of the Palestinian people who continue to be denied their right to self-determination and who are subjected to a criminal regime of apartheid, forced displacement, population transfer, extensive destruction and appropriation of property, pillage, wilful killings, and persecution, amongst other crimes within the jurisdiction of the Court.

We reiterate our call for third states and the international community to fully cooperate with the Office of the Prosecutor as per the obligations set forth in Article 86 of the Rome Statue, and in line with Common Article 1 of the four Geneva Conventions and Article 146 of the Fourth Geneva Convention, to ensure the arrest and transfer to The Hague of persons investigated and accused of international crimes, and to prevent the continued perpetration of international crimes against the Palestinian people.