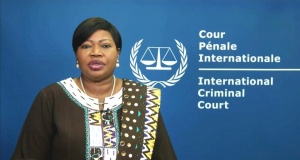 Al-Haq strongly condemns the imposition of sanctions directed by the United States (US) under Executive Order 13928 of 11 June 2020. These sanctions have been levelled against the International Criminal Court (ICC) and its designated staff, the ICC’s Prosecutor Fatou Bensouda and Head of the Jurisdiction, Complementarity and Cooperation Division, Phakiso Mochochoko for having “materially assisted” Prosecutor Bensouda.

The US designation of senior professional ICC staff as an “unusual and extraordinary threat to the national security and foreign policy of the United State”, is a grave threat to the independence and impartiality of the ICC. Sanctions for “materially assisting” the Office of the Prosecutor, will have a chilling effect across all ICC investigations and preliminary examinations, impacting the work of ICC staff, lawyers, NGO’s and victims, all of whom could be considered as “materially assisting” the Office of the Proseuctor through submissions of communications and filings to the Court.

These  sanctions are intended to divert the Court from investigating the potential individual criminal liability of “personnel of the United States and [US] allies” such as Israel, in the Situations of Afghanistan and Palestine. As the Court itself has stated, the measures constitute coercive acts, “directed at an international judicial institution and its civil servants” which “are unprecedented and constitute serious attacks against the Court, the Rome Statute system of international criminal justice, and the rule of law more generally”.[1]

Al-Haq recalls that the US has previously revoked the visas of staff members of the Office of the Prosecutor, including the Prosecutor, threatened the Court’s Judges, and, along with its ally Israel, has, without justification, sought to smear the Court as “corrupt” and in the Situation in the State of Palestine specifically, “anti-Semitic”.[2]

While the unfolding attacks on the independence of the Court and on its mandate to confront impunity for the serious international crimes emanate from the US Executive Branch, similar calls have been made from bipartisan groups of Democrats and Republicans in the US Senate. In May 2020 for example, a supermajority of the US Senate issued a statement urging “Secretary of State Michael Pompeo to use America’s influence to curtail the politically driven investigations by the International Criminal Court against our ally Israel”.

Al-Haq reiterates its opinion that the escalating US attacks on the Court and its staff reveals an unwillingness to be bound by the international legal order, and outright contempt for the basic principles, rules, and values set out in the UN Charter.

Repeated attacks on the Court in the context of Afghanistan and Palestine, a virtually categorical refusal to conduct investigations into US breaches of international humanitarian law, the termination of US membership of the UN Human Rights Council, recognition of Israel’s purported sovereignty over the occupied Syrian Golan, the relocation of the US embassy to Israel to occupied Jerusalem, support for Israeli annexation of vast swaths of the occupied West Bank, and attempts to bar Palestinian engagement with international legal institutions such as the ICC and International Court of Justice , all reflect an attitude of disregard and hostility on the part of the United States government.

Ultimately, the attacks on the ICC, including sanctions targeting specific staff members, represent a dangerous shift away from a status quo situation in which impunity for international crimes has been tolerated in large part by the international community, towards a political dynamic where the very idea of accountability and rule of law is being cast aside. It is imperative for such manoeuvres to be resisted at every step by States, international organisations, including the UN and the ICC itself, and civil society organisations.

Al-Haq further recalls the Guidelines on the Role of Prosecutors adopted by the Eighth UN Congress on the Prevention of Crime and the Treatment of Offenders, and the specific requirements that: “States shall ensure that prosecutors are able to perform their professional functions without intimidation, hindrance, harassment, improper interference or unjustified exposure to civil, penal or other liability” and that “Prosecutors and their families shall be physically protected by the authorities when their personal safety is threatened as a result of the discharge of prosecutorial functions”.[3] Accordingly Al-Haq urgently calls on:

[3]  Articles 4-5, Guidelines on the Role of Prosecutors as adopted by the Eighth United Nations Congress on the Prevention of Crime and the Treatment of Offenders, Havana, Cuba (27 August to 7 September 1990)