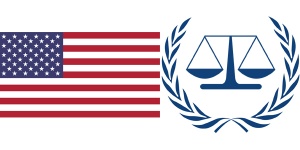 Al-Haq condemns, as a blatant and shameful attempt to frustrate and contravene the interests of justice and rights of victims of international crimes, the United States’ Executive Order, issued by Donald Trump on 11 June 2020, allowing for the targeting of individual members of the International Criminal Court’s (ICC) staff.[1] The Order comes as part of an increasingly desperate and aggressive campaign to ensure that the entrenched culture of impunity for international crimes committed by the United States, and its allies, in particular Israel, being the only such ally specifically named by the United States in its statement,[2] remains intact.  The United States has previously revoked the visas of staff members of the Office of the Prosecutor, including the Prosecutor herself,[3] threatened the Court’s Judges,[4] and, along with Israel, has sought to smear the Court as “corrupt”, “politicised”,[5] or in the Situation in the State of Palestine specifically, “anti-Semitic”.[6]

Al-Haq notes that the Order speaks to an unwillingness to be bound by the international legal order, if not an outright contempt towards its principles, rules, and values. While purporting to “[remain] committed to accountability and to the peaceful cultivation of international order”,[7] the actions of the United States’ government prove otherwise. Repeated attacks on the Court, both in the context of Afghanistan and Palestine, a virtually categorical refusal to conduct internal investigations into American breaches of international humanitarian law amounting to war crimes and crimes against humanity, the termination of American membership of the United Nations Human Rights Council,[8] recognition of so-called Israeli sovereignty over the occupied Syrian Golan,[9] the relocation of the US embassy to Israel to occupied Jerusalem,[10] support for Israeli annexation of vast swaths of the occupied West Bank,[11] and attempts to bar Palestinian engagement with institutions striving for accountability and the peaceful cultivation of international order, such as the ICC and International Court of Justice,[12] all give credence to an attitude of disregard and hostility on the part of the United States government toward the international legal system introduced with the Charter of the United Nations.

The Order, described by former United States Ambassador-at-Large for War Crimes Issues, David Scheffer, as “a shameful act of fear and retreat from the rule of law”,[13] allows President Trump, through declaring a national emergency, to freeze the assets of any foreign persons, deemed by the Secretary of State, Treasury, and the Attorney General, to have engaged with, or assisted, the ICC in efforts to investigate, detain, or prosecute the personnel of the United States or its allies, and to suspend visas for those same persons, as well as their “immediate family members”, referring to their spouses and children, engaged in such activities or otherwise “detrimental to the interests of the United States”.[14]

Tellingly, in a press conference held by Secretary of State Mike Pompeo, Secretary of Defence Mark Esper, Attorney-General William Barr, and National Security Advisor Robert O’Brien, the Secretary of State’s justification for such wide-ranging measures were roundly moot.[15] Contrary to Secretary Pompeo’s assertions, the ICC’s work is not directed towards individual, low-level members of military organisations, and does not endeavour to apprehend such persons while they are on holiday “on a beach in Europe”. Rather, the Court is involved in the investigation and prosecution of senior members of such military structures, including Secretary Pompeo himself in his former role as Director of the Central Intelligence Agency. Al-Haq further notes that this is not the first instance of Secretary Pompeo advancing alegal and misleading justifications for the flagrant breach and disregard of international law.[16]

Secretary Pompeo further asserted that “the ICC is only putting Israel in its crosshairs for nakedly political purposes”, constituting a “mockery of justice” due to Israel’s supposedly “robust civilian and military legal system and strong track record of investigating and prosecuting wrongdoing by military personnel”.[17] In truth, Israel has painstakingly cultivated a widespread and systematic culture of impunity for its violations of human rights norms and commission of international crimes, as recently documented by Al-Haq and its partners in a recent report to the UN Special Rapporteur on the situation of human rights in the Palestinian territories occupied since 1967.[18]

The Order comes within the context of impending annexation of vast swaths of the occupied West Bank, and global outcry following the murder of George Floyd; as the United States scrambles to bolster its impunity for violence and human rights violations domestically, it mirrors this approach internationally. Further erosion, by the United States and others, of the international justice system is cause for profound concern, and must be resisted at every step by States, international organisations, including the UN and the ICC itself, and civil society organisations.

[4] France 24, ‘US threatens to arrest ICC judges if they pursue Americans for Afghan war crimes’ (10 September 2018), available at: https://www.france24.com/en/20180910-usa-trump-threatens-arrest-icc-judges-american-soldiers-afghan-war-crimes.

[11] See United States, Peace to Prosperity: A Vision to Improve the Lives of the Palestinian and Israel People (2020), available at: https://www.whitehouse.gov/wp-content/uploads/2020/01/Peace-to-Prosperity-0120.pdf.

[16] See Al-Haq, PHROC, ADALAH, and PNGO Condemn Statement by US Secretary of State Mike Pompeo on the Legal Status of Israeli Settlements under International Law (20 November 2019), available at: http://www.alhaq.org/advocacy/16201.html.