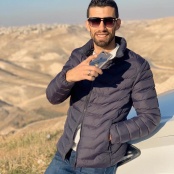 On Monday, 13 July 2020, 83 Palestinian, regional, and international civil society organisations from across 16 countries submitted a joint urgent appeal to the United Nations (UN) Special Procedures on the extrajudicial execution and wilful killing of Ahmad Mustafa Erekat, 26, by the Israeli occupying forces, in cooperation with the Erekat family, urging international justice and accountability for Israel’s shoot-to-kill policy targeting Palestinians.

On Tuesday, 23 June 2020, the Israeli occupying forces killed Ahmad Erekat, a resident of Abu Dis, east of Jerusalem, at the Container checkpoint in the occupied West Bank. Ahmad was shot with lethal force by Israeli soldiers in the absence of necessity and without posing a threat to life or serious injury. He was then left to bleed to death for an hour and a half, while the Israeli occupying forces denied him access to medical care, despite the presence of an Israeli ambulance at the scene. They also prevented a Palestine Red Crescent Society ambulance from reaching Ahmad.

Ahmad was one of five children and had a T-shirt business. His sister’s wedding, for which he was running errands as well as tending to other last minute preparations, was set to take place that same day. Ahmad’s sister, Iman, was already wearing her wedding dress when she learned that her brother had been killed. Ahmad himself was due to be married to Lubna in September. His wedding had been postponed from May due to COVID-19.

The day after Ahmad’s killing, on Wednesday, 24 June 2020, the Israeli military released video footage allegedly showing Ahmad ramming his car into the checkpoint before being shot by Israeli soldiers. In the initial footage released, Ahmad is blurred when he steps out of his car. In blurring Ahmad, the Israeli occupying forces seemingly sought to cast doubt as to the circumstances in which he was shot and killed. This follows a pattern of Israeli military and media attempts to obscure the truth about the Israeli occupying forces’ widespread and systematic use of lethal force against Palestinians, including through inaccurate video footage seeking to justify killings.[1] Following demands by Ahmad’s family, the Israeli army released the footage in which Ahmad is not blurred. The second video clearly shows that Ahmad was unarmed, and that he was raising his hands in the air, posing no threat to fully-armed Israeli soldiers or anyone else in the area.

Under international law, the killing of Ahmad Erekat amounts to an extrajudicial execution and a wilful killing, giving rise to individual criminal responsibility as a war crime at the International Criminal Court (ICC). Ahmad is the 21stPalestinian killed by the Israeli occupying forces throughout the occupied Palestinian territory during the first half of 2020.[2] Less than a month before Ahmad’s killing, the Israeli occupying forces killed Iyad Al-Hallaq in occupied East Jerusalem while he was on his way to a day centre for persons with disabilities in the Old City, in what amounts to an extrajudicial execution, a wilful killing, and war crime.

The killings of Ahmad Erekat and Iyad Al-Hallaq, as well as countless Palestinians, must be understood within the context of Israel’s widespread and systematic shoot-to-kill policy targeting Palestinians on both sides of the Green Line. Overall, Al-Haq has documented an escalation in Israel’s use of lethal force against Palestinians over the past five years, resulting in the killing of 754 Palestinians by the Israeli occupying forces in the occupied Palestinian territory since October 2015.[3] Israel’s pervasive impunity must be seen as part and parcel of its institutionalised regime of systematic racial oppression and domination over the Palestinian people, which constitutes the crime of apartheid.

Since the killing, Ahmad’s body has been punitively withheld by the Israeli occupying authorities, as unlawful collective punishment, thereby prolonging his family’s suffering and denying him a dignified burial. The Israeli occupying forces continue to withhold the bodies of 63 Palestinians, under the pretext of using them as “bargaining chips.” In addition, the bodies of at least 253 Palestinians have been languishing, yet to be identified, in Israel’s “cemeteries of numbers.” In 2016, the UN Committee against Torture considered that the practice of withholding Palestinians’ bodies amounts to prohibited ill-treatment, and called on Israel, the Occupying Power, to “take the measures necessary to return the bodies of the Palestinians that have not yet been returned to their relatives as soon as possible so they can be buried in accordance with their traditions and religious customs, and to avoid that similar situations are repeated in the future.”[4]

Accordingly, the organisations urgently called for international justice and accountability to put an end to Israeli impunity and urged the UN human rights experts to publicly condemn the killing of Ahmad Erekat, to call for the unconditional release of Ahmad’s body as well as the bodies of all Palestinians punitively withheld by the Israeli occupying authorities, and to call on Israel, the Occupying Power, to revise its rules of engagement for the use of live fire.

The organisations also called on the Special Procedures to “Recognise Israel’s systematic shoot-to-kill policy as contributing to the maintenance of Israel’s apartheid regime of systematic racial oppression and domination over the Palestinian people as a whole, which, embedded in a system of impunity, prevents Palestinians from effectively challenging Israel’s apartheid policies and practices.” As stressed by the Erekat family, “These killings are taking place in a broader context of apartheid and settler-colonial expansion.”[5]

Overall, the organisations endorsed calls by the Erekat family for international justice and accountability, including for Israel’s shoot-to-kill policy. They requested that the UN Special Procedures urge third States to activate universal jurisdiction mechanisms to try suspected perpetrators of war crimes and crimes against humanity in their own jurisdictions, and to call for “the immediate opening, without any further delay, of a full, thorough, and comprehensive ICC investigation into the Situation in the State of Palestine.”

Finally, the groups urged “Member States and the UN at large to address the root causes prolonging Palestinian oppression, including by bringing an end to Israel’s prolonged occupation and illegal annexation of Jerusalem, lifting the Gaza closure with immediate effect, and dismantling Israel’s apartheid regime over the Palestinian people as a whole, in order to uphold the rights of the Palestinian people to self-determination and to return to their homes, lands, and property, as mandated by international law.”

[2] Figures provided by Al-Haq’s Monitoring and Documentation Department, covering the period from 1 January 2020 until 1 July 2020.

[3] Figures provided by Al-Haq’s Monitoring and Documentation Department, covering the period from 1 October 2015 until 1 July 2020.