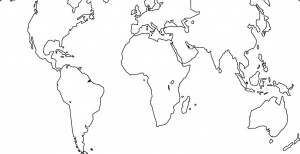 On 5 March 2020, the first novel coronavirus (COVID-19) cases were reported in Bethlehem in the occupied West Bank. Since then, the number of cases in the West Bank has reached 158, whereas 12 cases have been recorded in the Gaza Strip, as of 3 April 2020. On Wednesday, 25 March, a Palestinian woman in her 60s became the first to die from COVID-19 in the occupied Palestinian territory. As COVID-19 continues to spread, the occupied Palestinian territory has become a prime example for the importance of upholding scientific integrity and respect for international law in tracking the ongoing pandemic.

Besides the online dashboard set up by the World Health Organization (WHO), other institutions have also provided real time information on COVID-19, of which some have failed to ensure respect for international law in their country designations. Notably, the dashboard set up by the Center for Systems Science and Engineering (CSSE) at Johns Hopkins University (JHU),[1] has changed its dashboard entry for Palestine three times since the first cases were diagnosed in Bethlehem. On 10 March, the entry for Palestine was removed and renamed ‘occupied Palestinian territory.’ On 11 March, the entry for the occupied Palestinian territory was removed and cases from the Palestinian Health Ministry were merged with figures reported by the Israeli Health Ministry under Israel.

With the conflation of cases from the Palestinian and Israeli health ministries, JHU had inflated Israel’s figures and, for nearly two weeks, it was impossible to know how many cases had been recorded in the occupied Palestinian territory, denying Palestinians the right to access accurate and representative data on the spread of COVID-19. With cases rapidly increasing, it was also no longer possible to know whether cases listed under Israel included those recorded in the occupied Palestinian territory, or whether Palestinians had been faded out with time.

Early on, Al-Haq reached out to CSSE regarding the erasure of Palestine from the Centre’s global COVID-19 dashboard, expressing concerns as to the removal of Palestine from the world map. Al-Haq highlighted that the credibility of the dashboard was at stake so long as it did not list Palestine separately, whether as Palestine, considering membership within the United Nations (UN) General Assembly, or as occupied Palestinian territory, as reflected in wider UN practice, including that of WHO.

In particular, Al-Haq recalled that Israel, the occupying power, has no sovereign rights over the Palestinian people in the occupied Palestinian territory, whereas the Israeli Health Ministry does not record COVID-19 cases in the West Bank and Gaza Strip, for which the Palestinian Health Ministry is responsible. We expressed concerns that the conflation of data from these two official sources further plays into the systematic erasure of Palestine and the indigenous Palestinian people, as a staple of Israel’s prolonged settler-colonial endeavour.

To date, Al-Haq has received no response from JHU on the removal of Palestine from the dashboard. Instead, on 26 March, a day after the first COVID-19 death was recorded in the West Bank, CSSE added a new entry for the ‘West Bank and Gaza.’ Reaching out to JHU once more, Al-Haq has argued that this entry remains inconsistent with international law as it follows the United States State Department’s designations, which have repeatedly disregarded the prohibition on the acquisition of territory by force and Israel’s prolonged military occupation.[2] We stressed that JHU’s first instinct in listing Palestine or the occupied Palestinian territory was the right one and urged that the ‘West Bank and Gaza’ entry be amended accordingly.

Presenting inconsistent and unreliable data has broader ramifications for the work of researchers and institutions, who have already begun to rely on information provided by the JHU dashboard. For example, this graph showing the trajectory of COVID-19 in different countries since the start of the pandemic, explicitly states that its data is “provided by Johns Hopkins University.”[3] In allowing politics to interfere with scientific research, Al-Haq is concerned that JHU has undermined the accuracy and credibility of data presented to public health authorities, researchers, and affected communities. The example of the occupied Palestinian territory therefore shows the importance of respect for international law and upholding scientific integrity when tracking the global spread of COVID-19.