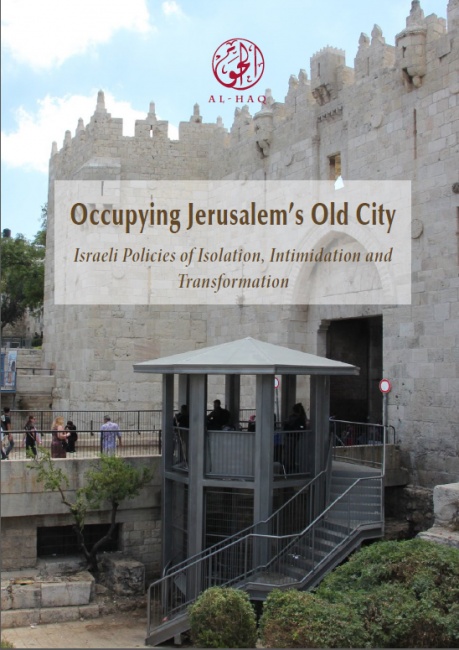 Following the start of the occupation in 1967, Israel moved to annex East Jerusalem and establish the city, alongside annexed West Jerusalem, as its “united capital.” Since that time, Israel has worked to entrench its control over Jerusalem, instituting a variety of policies and practices that aim to drive Palestinians out of the city while acquiring land and property in the process. As a result, the Old City, the heart of Jerusalem, has suffered from the same issues as other Palestinian neighborhoods in the city. This includes, in part, the confiscation of property, a discriminatory planning regime and inadequate services, the transfer of Israeli settlers, the targeting of Palestinian institutions, the targeted de-development of the economy, and harassment by Israel’s municipal authorities. What sets the Old City apart from other neighborhoods of Jerusalem or other areas of the Occupied Palestinian Territory (OPT), in addition to its unique history and holy sites, is the stark contrast between the Israeli narrative consumed by the countless tourists that flow through its streets and the reality of the human rights abuses happening around them. Consequently, Israel’s targeting of Palestinians and erasure of Palestinian presence is happening in full view.

Al-Haq’s new report “Occupying Jerusalem’s Old City: Israeli Policies of Isolation, Intimidation, and Transformation” seeks to highlight some of the seen and unseen, widespread and systematic policies that Israel uses to deepen its control over the Old City, resulting in the forcible displacement of Palestinians there.