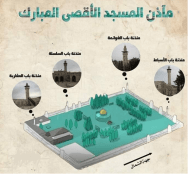 On Tuesday, 6 April 2021, Osama Mohammed Mansour, a 46-year-old resident of the Biddu town, northwest of Jerusalem, was killed. At a flying checkpoint[1] set up at the entrance to the Bir Nabala town, the Israeli occupying forces (IOF) stopped a car that Mansour was driving with his wife by his side. As soon as it moved, the IOF opened intensive fire on the car despite the fact that it had already passed the checkpoint and no longer posed a threat to Israeli soldiers. Evidently, intensive fire demonstrated that the Israeli soldiers aimed to kill Mansour, who sustained a critical bullet wound in the head. Mansour succumbed to his injuries several hours later. His wife sustained shrapnel wounds in the back.

On 15 April 2021, Ali Ata Abu al-Kheir, 47 years old and a resident of the Balata refugee camp, was killed in a traffic accident with an Israeli settler car near the Jericho city. Following an investigation, the accident was said to be unintentional. After his car broke down, Abu al-Kheir stopped on the roadside and tried to fix it. Meantime, an Israeli settler car swerved and collided with Abu al-Kheir’s, leaving Abu al-Kheir with critical wounds. He died of injuries sustained before reaching the hospital.

In April 2021, the Israeli occupying authorities demolished two homes, one in the Al-Mukabbir Mount within the Israeli-declared municipal boundary of Jerusalem and another in the Za’tara town in the Bethlehem governorate. Both homes were inhabited, resulting in the displacement of 13 Palestinians, including nine children and six women and girls. While one was self-demolished, the other home was destroyed by the Israeli Civil Administration with support from the IOF. With a construction cost of over NIS 0.5 million, both homes had a total surface area of 290 square metres. Worth of note is that the Israeli occupying authorities did not issue stop work orders to the homes while they were being constructed.

According to the Oslo designation, 11 private structures were located in Area C and five within the Israeli-declared municipal boundary of Jerusalem.

The contents of two structures were damaged because relevant owners had not been allowed an opportunity to evacuate their belongings before the demolitions were carried out. All targeted structures were completed and already used. Four affected families reported that they had not been given a chance to challenge demolition orders. Seven families did not receive demolition notices at all. Seven structures used to provide main sources of livelihoods, causing significant economic losses and adverse psychological consequences to affected family members.

The estimated total cost of the construction of all demolished private structures was NIS 900,000. These covered a surface area of some 1,370 square metres.

In addition to carrying out their official mission of protecting settlers, the Israeli occupying authorities arrested Palestinians, chased and prevented Palestinian workers and farmers from engaging in their work in targeted areas. The IOF continued to raid and search homes, storm Palestinian towns and cities, and confiscate private property. Among other daily abuses of Palestinians, the IOF threatened and detained some candidates for the Palestinian Legislative Council (PLC) elections.

During the period leading up to the PLC elections, Al-Haq documented a number of violations committed by official Palestinian authorities across the West Bank and Gaza Strip. Of these, abuses targeted the right to be elected in the context of legislative elections.

I was forming the list since 21 March 2021. Meantime, a person who I was in contact with to be a member of our electoral list received a message from an account under the name of Tiger Tiger on Messenger. The message warned that person against running for the elections on my list, allegedly for moral and security issues against me. According to Tiger Tiger, there was evidence of this. “It was the Palestinian Intelligence agency that would “burn” Suhayb and the electoral lists.” My friend forwarded the Messenger chat to me and I posted it on my Facebook page. According to the chat, the so-called Tiger Tiger said that there were 25 videos, which were recorded and ready. On 11 April 2021, the list representative at the Central Elections Commission, Mousa Mu’alla, received an email from an unknown sender, stating that there were recordings of me and the other candidate on our list, involving offences against honour. The email was concluded with “Go away”. These messages aim at pressing me and members of our electoral list to withdraw from the electoral contest.[4]

In the Gaza Strip, security agencies banned a sit-in protest by families of missing persons in Egypt. Security agencies also dispersed a peaceful assembly in solidarity with Jerusalem, ostensibly because a permit had not been obtained. In a sworn statement to Al-Haq, a participant in the sit-in protest said:

At about 8:00 pm on Monday, 26 April 2021, when I was near to my house down the Baghdad Street in the Ash-Shuja’iya neighbourhood, I saw a peaceful march, including dozens of young people and children of the neighbourhood. They marched toward me from west to east, chanting slogans in solidarity with Jerusalemites and Al-Aqsa Mosque. When the procession was close to me, three police cars arrived, carrying police personnel in uniform. Holding black batons, police officers got out of the vehicles and surrounded the march. At that time, I intervened and talked to the police officers. With exquisite politeness, I said that this was a peaceful and spontaneous march in solidarity with the Al-Aqsa Mosque and residents of Jerusalem. It should not be dispersed by force. Young people and children participating in the march should not be arrested. Then, seven police officers assaulted me. They severely beat me with batons and punches on various parts of my body. With batons, they mainly beat me on my right arm and back. I was hurt by the severe beating. I asked them to stop beating me, but it was in vain. Police officers continued to brutally beat me for 8-10 minutes in a row. They forcibly carried and put me into a police car, which took me to the Ash-Shuja’iya police station.[5]

During the month of April 2021, the city of Jerusalem saw a popular uprising against Israeli measures and policies. The uprising coincided with the beginning of the month of Ramadan on 13 April 2021. Israeli occupying soldiers cut electrical wires to and mounted three minarets at the Moroccan, Lions’ and Gawanmeh Gates to the Al-Aqsa Mosque. This was designed to provide protection to, and prevent disruption of, Israel’s commemoration of fallen soldiers.

At the same time, Israeli occupying authorities installed metal barriers on the stairs of the Damascus Gate, a hub of social life for Jerusalemites, particularly in the month of Ramadan. This was aimed to prevent Jerusalemites from gathering in this area in the context of asserting control over, and placing restrictions on, the city residents.

A few days later, the Israeli “Lehava” settler organisation[6] called for killing Arabs and incited hatred and violence against them. Calls went out to march toward and take control of the Damascus Gate. These official Israeli actions, calls, and policies further escalated Palestinian protests. Clashes extended to many neighbourhoods across the city, including At-Tur, Wadi al-Joz, and Sheikh Jarrah.

Clashes and Israeli attacks continued until 25 April. Palestinian youths succeeded in removing the metal barriers and restoring the Damascus Gate square. Israeli attacks resulted in the injury of dozens of Palestinian young men and women. These were subject to physical assaults or hit with rubber-coated steel bullets, stun grenades, and tear gas canisters fired directly on Palestinians.

[1] A temporary, short-term checkpoint, usually involving Israeli military vehicles taking position at the entrances to Palestinian villages, towns and cities and obstructing the movement of populations.

[6] Established in 1999, this Zionist organisation essentially seeks to prevent “mixed marriages” between Jews and Palestinians and “rescue” Jewish men and women from assimilation with the Palestinian people. It embraces a highly racist and violent discourse against Palestinians.