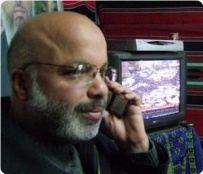 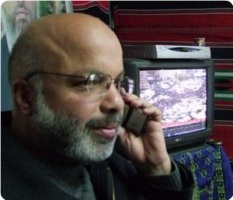 As an organisation dedicated to the protection and promotion of human rights in the Occupied Palestinian Territory (OPT), Al-Haq is deeply concerned with the arrest of Mr. Ahmed Attoun, a member of the Palestinian Legislative Council (PLC), which took place on 26 September 2011 in Jerusalem. Since 1 July 2010, Mr. Attoun, another PLC member, Mr. Mohammed Totah and a former Minister of Jerusalem Affairs, Mr. Khaled Abu Arafeh, had sought refuge on the premises of the International Committee of the Red Cross (ICRC) in East Jerusalem, after the Israeli authorities revoked their Jerusalem residency status and ordered their expulsion from the city.

The arrest of Mr. Attoun at the ICRC premises – which enjoy privileges and immunities similar to those of the United Nations, including the inviolability of its premises – was carried out by a group of plain-clothed masked men, allegedly members of the Israeli police forces. Mr. Attoun was taken to the detention facility at the Russian Compound (Moskobiyeh) in West Jerusalem. His initial hearing, scheduled for 27 September 2011, was later postponed to 3 October 2011.

Mr. Attoun, who holds a Jerusalem permanent residency status, was elected as a member of the PLC as part of the ‘Change and Reform’ political party in January 2006. On 28 May 2006, the Israeli Ministry of Interior announced his decision to revoke the permanent residency status of Mr. Attoun and forcibly transfer him from East Jerusalem, using the Minister’s discretionary powers under Article 11(a)(2) of Entry into Israel Law of 1952. This decision was based on the claim that Mr. Attoun was a PLC representative on behalf of Hamas, with an active role in Hamas’ institutions. According to Israel’s Ministry of Interior, Mr. Attoun’s parliamentarian status and his membership of Hamas amount to breaches of the duty of loyalty owed by Mr. Attoun to the Israeli authorities by virtue of his status as a permanent resident of Jerusalem.

Shortly after Mr. Attoun was released from prison in November 2009 serving three and a half years sentence, the Israeli authorities enforced the decision to revoke his permanent residency status. They presented him with a temporary permit to remain in Jerusalem until 2 July 2010, notifying him that after this date he would be considered an ‘illegal sojourner’, and would become liable to imprisonment, fines and forcible transfer from the city. On 15 June 2010, Mr. Attoun submitted a case to the Israeli High Court of Justice to challenge the Minister of Interior’s decision to revoke his residency status. The case remains pending before the Court (See, for further information, ‘Al-Haq Legal Analysis: Forcible Transfer of Jerusalem Parliamentarians Demonstrates an Escalation of Israeli Measures to Transfer Palestinians from Occupied East Jerusalem’).

Under international humanitarian law, East Jerusalem is an occupied territory and Palestinian residents of the city are protected persons under the Geneva Conventions. As an Occupying Power, the Israeli authorities’ requirement that the occupied population swears allegiance to Israel by means of an oath of loyalty, as a condition for their enjoyment of residency rights in Jerusalem, constitutes a violation of Article 45 of the Hague Regulations of 1907. Additionally, Israel’s amendment of the Entry into Israel Law of 1952, entitled ‘Revocation of Nationality for Terrorists and Revocation of Permanent Status for Terrorists and their Families’, which allows for the imposition of punitive measures against the family members of an individual claimed to be committing breaches of loyalty, amounts to a violations of Article 33 of the Fourth Geneva Convention prohibiting the use of collective penalties.

The revocation of Palestinians’ residency rights and the forcible transfer of individuals from the city on the basis of their membership in what Israel classifies as an ‘Illegal association’ are part of Israel’s measures of control and political repression of Palestinian public life in East Jerusalem. These measures are an integral component of Israel’s strategy to maintain a Jewish demographic majority and retain physical and political control over the whole city.

Israel’s policy represents a clear violation of Article 49 of the Fourth Geneva Convention, which prohibits the Occupying Power, regardless of its motive, from forcibly transferring protected persons within the occupied territory. The forcible transfer of protected persons amounts to a grave breach of the Fourth Geneva Convention and is listed as such in Article 8(2)(a)(vii) of the Rome Statute of the International Criminal Court (ICC), which may entail the individual criminal responsibility of Israeli officials.

Israel’s actions amount to a flagrant denial of the exercise of the right to self-determination by the Palestinian population in East Jerusalem. These measures also amount to violations of the rights to freedom of movement and residence as well as basic civil and political rights, including the freedom of opinion, expression and association, as enshrined in Articles 12, 19, 22 and 25 of the International Covenant on Civil and Political Rights, respectively.

In light of the above,