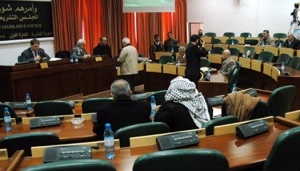 To: EU High Representative for Foreign Affairs and Security Policy, Catherine Ashton;
The Parliamentary Assembly of the Council of Europe;
The European Parliament’s Subcommittee on Human Rights. 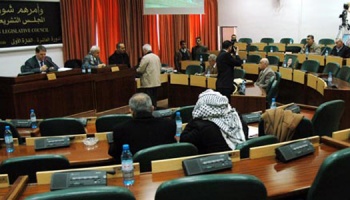 As an organisation dedicated to the promotion and protection of human rights in the Occupied Palestinian Territory (OPT), Al-Haq is gravely concerned about Israel’s escalation of political repression against Palestinian lawmakers, particularly in East Jerusalem. Between 19 and 24 January four Palestinian MPs and a former Minister were detained by Israeli Occupying Forces on account of their membership with the Hamas affiliated ‘Change and Reform’ political party. They face administrative detention and unlawful transfer. At present, there are 27 Palestinian lawmakers in Israeli administrative detention where they are being held without charges in violation of due process and the presumption of innocence.

These arrests come at a time when the political framework in the OPT is undergoing serious change. Parliamentary elections are scheduled to take place in May and at present, reconciliation talks are ongoing between Fatah and Hamas with a view towards creating a more unified political environment.

The arbitrary arrest and consequent forcible transfer of elected Palestinian officials from Jerusalem for their political affiliation and participation, coupled with the denial of freedom of association and expression, have obvious implications for free and fair Palestinian elections in the OPT and East Jerusalem in particular. Furthermore, in light of Israel’s repeated denunciation of the possible reconciliation, these arrests amount to an attempt to hamper any such resolution between the two Palestinian parties.

As an Occupying Power, Israel is obliged to respect International Human Rights Law in the OPT, as confirmed by the International Court of Justice. Conversely, the recent arrests and expulsions of Palestinian political officials constitute blatant violations of the rights to freedom of movement and residence as well as basic civil and political rights, including the freedom of opinion, expression and association, as enshrined in Articles 12, 19, 22 and 25 of the International Covenant on Civil and Political Rights, respectively.

Instead of guaranteeing fundamental civil and political rights, Israel is interfering with the Palestinian political process by creating a climate of intimidation and oppression. As such, Israel is obstructing the exercise of democracy in the OPT and undermining the right of the Palestinian people to self-determination.

While we welcome today’s call from European Parliamentarians for Israel to release all Palestinian lawmakers, we hope that this expression of support will be reiterated by the wider international community and will result in positive action.