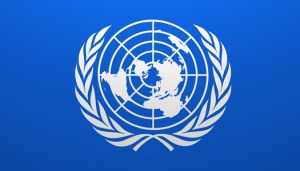 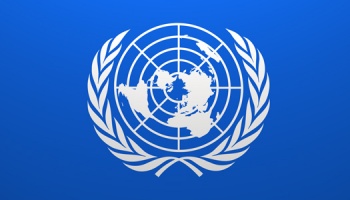 As organisations dedicated to the promotion and protection of human rights in the Occupied Palestinian Territory (OPT), the Palestinian Council of Human Rights Organisations (PCHRO) is deeply disappointed with the decision of the Prosecutor of the International Criminal Court (ICC) not to proceed with the preliminary examination into crimes committed in Palestine since 2002. In effect, this decision has placed the responsibility for such violations firmly in the political arena of the United Nations (UN) with the likely result that, once again, the interests of Palestinian victims will be sidelined indefinitely in favour of political expediency.

As a direct response to Israel’s Military Operation codenamed “Cast Lead,” which resulted in the killing of over 1,400 Palestinians, on 22 January 2009 Palestine submitted a declaration under Article 12(3) of the Rome Statute to the Office of the Prosecutor. The submission requested the exercise of the jurisdiction of the Court “for the purpose of identifying, prosecuting and judging the authors and accomplices of acts committed on the territory of Palestine since 1 July 2002.” Pursuant to Article 15 of the Rome Statute, the Prosecutor initiated a preliminary examination in order to determine whether there were reasonable grounds to proceed with an investigation.

On 3 April 2012, after three years of assessing whether the declaration accepting the exercise of jurisdiction by the Court submitted by Palestine meets statutory requirements, the Prosecutor concluded that it did not in fact have the authority to make that determination as it constituted a determination of “what is a State for the purposes of [the Rome Statute].” The Prosecutor reiterated that the ICC is not based on the principle of universal jurisdiction and investigations can be opened only by referral of the United Nations Security Council or upon request of a State, in accordance with Articles 13(b) and 12 of the Rome Statute, respectively. According to the Prosecutor, since Palestine before the UN General Assembly is just an observer, this position “informs the current legal status of Palestine for the interpretation and application of [the Rome Statute].”

Regrettably, the Prosecutor’s examination of the issue is incomplete and contentious both from a legal and procedural point of view.

The crucial question for the Prosecutor was not one of determining whether Palestine is a State, but rather to establish whether, for the purpose of the Rome Statute, Palestine had the ability to validly transfer the jurisdiction over the crimes within the competence of the Court. In reaching such an assessment, the Prosecutor should have taken into account the factual elements at his disposal, some of which were ironically listed in his report, including important recent developments such as Palestine’s admission as a full member of the UN Educational, Scientific and Cultural Organisation (UNESCO) on 31 October 2011. The Prosecutor also acknowledged that Palestine has been recognised as a State by more than 130 governments through bi-lateral relations.

By virtue of its membership of UNESCO, Palestine is within the “Vienna formula” and as such, can become a signatory of other treaties open to “all States”, something that has been confirmed by the Opinion of the UN Legal Counsel of February 1974. This formula establishes that members of the UN or of any specialised agency of the UN, or a party to the Statute of the International Court of Justice or the International Atomic Energy Agency fall within the category of “all States.” Palestine’s membership of UNESCO and its subsequent inclusion in the “Vienna formula” should have dismissed any contention regarding its status as a State. Furthermore, while the Prosecutor has claimed that it is the responsibility of the UN Secretary-General to determine the status of Palestine, the Secretary-General has himself stated that he is only required to determine statehood in the case of an example that does not fall within the “Vienna formula.”

Even if the Prosecutor were not to accept this argument, these elements would have sufficed to make recourse, as provided for under Article 19(3) of the Rome Statute, to the authoritative judiciary competence of the Pre-Trial Chamber. The Pre-Trial Chamber would make the final legal determination as to whether Palestine can qualify as a State for the purposes of the Rome Statute. Instead, the Prosecutor passed the responsibility to the UN Secretary-General and the General Assembly. Rather than acting independently and in the sole interest of ensuring that “the most serious crimes of concern to the international community as a whole must not go unpunished,” as established in the Preamble of the Rome Statute, the Prosecutor has opted that the issue to be once again made a matter of political scrutiny.

While it is effectively within the competence of the UN Secretary-General to receive and examine the instrument of accession submitted by a State seeking to become a Party to the Rome Statute, Palestine did not present any such document. Instead, Palestine sought the jurisdiction of the Court through the Prosecutor due to the gravity of the violations of international law committed on its territory and the lack of legal remedies available at domestic level. In response to such a direct request addressed to the Prosecutor on the basis of the principles of independence and commitment to end impunity, which are inherent to his office, the latter failed to exercise his impartial role of criminal prosecutor and remitted the question to the external political bodies of the United Nations.

It took the Prosecutor three years to conclude his preliminary examination into the situation of Palestine, effectively contributing to the impunity that Israel has enjoyed throughout its prolonged occupation of the OPT. Additionally, this unjustifiable delay severely affects the preservation of evidence and the collection of further proof, which are essential for the fair and just conduct of criminal proceedings. The lack of due consideration of these elements, coupled with the decision to discharge its legal responsibility by deferring the matter to the political arena, has severely undermined the credibility of the Office of the Prosecutor.

However, the Prosecutor’s negative conclusion of the preliminary examination of the situation in Palestine should serve as a wake-up call for the Palestinian political representatives to genuinely work to advance the cause of justice for Palestinian victims within the international legal system. The PCHRO, therefore, would like to recognise this as an opportunity and urges the Palestinian political representatives to ensure that the Prosecutor’s preliminary examination be re-triggered expeditiously by immediately pressing ahead with the process it began in 2009. This could be achieved through a UN General Assembly Resolution clarifying the status of the state of Palestine as a member of the international community of States. The completion of this process would facilitate access to further international legal instruments, including the Rome Statute.