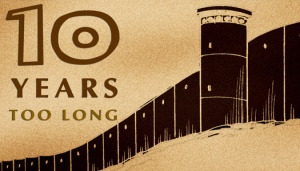 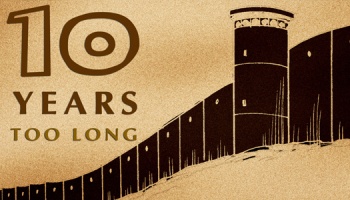 As a Palestinian organisation dedicated to the protection and promotion of human rights in the Occupied Palestinian Territory (OPT), Al-Haq has, for the past ten years, witnessed with growing  concern Israel’s continued construction of what Professor John Dugard, former United Nations Special Rapporteur on the Situation of Human Rights in the Palestinian Territories Occupied since 1967, has termed “the Annexation Wall.” Since the outset, the construction of the Wall in the OPT has faced international condemnation on the basis of its illegality under international law. In 2004, the International Court of Justice called on Israel to cease construction of the Wall in the OPT, to dismantle the sections already built therein, and to make reparations for damage caused. Despite such an authoritative opinion, reflective of international customary law, and the ensuing condemnation from a number of other UN bodies,  Israel has continued to illegally build the Wall in the OPT without interruption.

In the past decade, the Wall has cut through Palestinian villages, lands and communities, placing sever restrictions on Palestinians’ freedom of movement, trade, access to health, education, worship and livelihood. For ten years, Israel has used the Wall to expand settlements and fragment Palestinian existence in the West Bank, including East Jerusalem. In order to mark this decade of annexation, Al-Haq is today launching a one-month campaign entitled ‘Annexation Wall: 10 Years Too Long’, which calls for the Wall in the OPT to be dismantled in line with the International Court of Justice Advisory Opinion.

The campaign will include the following:

Take Action
Visit Al‐Haq’s website at www.alhaq.org/10years2long to find out how you can take action to call for dismantling the Annexation Wall.