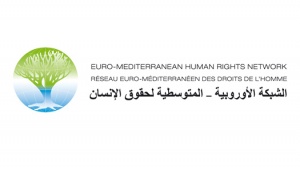 31% of the population are jobless; 75% are aid-dependent
Gaza experiences up to 12 hours/day rolling blackouts
Only 8 as compared to 240 truckloads of goods before the closure leave Gaza each week 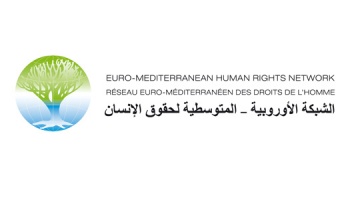 14 June 2012 marks the fifth year of Israel’s closure – by land, air and sea – of the Gaza Strip. The closure, also widely referred to as a ‘blockade’[1], has had a major impact on all aspects of the lives of the 1.6 million Palestinians living in Gaza. It severely restricts their freedom of movement and trade, and violates their basic human rights, including the right to life, health, education, food, water, standard of living, and adequate housing (see background information below).

The government of Israel contends that the closure of the Gaza Strip forms part of a policy of legitimate ‘economic warfare’ against the authorities in Gaza. International law is unequivocal however: the closure constitutes a form of collective punishment of the entire civilian population of Gaza and is in clear violation of international humanitarian law. In a rare public statement, this position has been confirmed by the International Committee of the Red Cross (ICRC). As was recently stressed by the EU in its conclusions of 14 May 2012, the Fourth Geneva Convention applies to the entire occupied Palestinian territory. Therefore, Israel has a legal obligation as an Occupying Power to protect the safety, rights and needs of the occupied population, an obligation which it clearly fails to respect when imposing unlawful closure measures.

The EMHRN notes that Israel may take necessary and proportionate security measures to protect its occupying forces and/or population, but in line with international law, this right is constrained by the basic principles of distinction, proportionality and non-discrimination. Moreover, these security measures do not take away Israel’s obligations to uphold the occupied population’s rights, which have been systematically violated for more than four years by the closure. While Israel claims to act upon its right to protect Israeli civilians, the Israeli measures against the population in the Gaza Strip do not respond to concrete security objectives and are directed to the entire population indiscriminately; and therefore amount to collective punishment. For example, Palestinian students from Gaza, as a category, are forbidden from studying at Palestinian universities in the West Bank for security reasons by military order. Before the closure, 1,000 students per year studied at the prominent universities in the West Bank. However, one of these students was recently granted a permit to go to the West Bank on other grounds, therefore making the security argument put forward by the Israeli authorities obsolete.

The closure of the Gaza Strip and in particular the restrictions on movement of Palestinian between the Gaza Strip and the West Bank, recognised by the international community as a single territory, is–together with Israeli policies in East Jerusalem and area C ̶ part of a general Israeli policy of fragmentation of the Palestinian territory which is undermining the Palestinian right to self-determination. These policies are undermining the possibility of an EU-backed two-state solution, as highlighted in the EU Heads of Mission report on Area C.

The decisions by the Government of Israel to ‘ease some restrictions on the Gaza Strip’ over the last two years have not resulted in any meaningful improvement of the lives of most Palestinians living in the Gaza Strip, whose basic rights continued to be violated. There can be no partial violation of international law, and the ‘easing’ has left the foundations of the illegal closure policy intact[2].

The EMHRN notes the danger that the current ‘eased’ closure risks becoming institutionalised by the international community if there is no increased pressure on Israel for a full lifting of the closure. Measures to “ease” the closure fall short of addressing the root cause of the human rights and humanitarian crisis, namely the closure itself, and by extension, Israel’s occupation of the Palestinian Territory. Attempts to ease the closure fail to address the illegality and injustice of Israel’s closure policy and will not lead to any improvement of the overall human rights situation on the ground.

Lifting the full closure of Gaza remains a legal, economic and political imperative for those seeking a lasting resolution to the Israeli-Palestinian conflict.

The EMHRN therefore calls on the EU to:

1. Launch a new, concerted diplomatic initiative for an immediate, unconditional and complete lifting of the closure, including:

2.    Explicitly state the illegality of the closure, qualifying it as collective punishment, which is prohibited under IHL.

3.    Urge Israel to immediately deliver exit permits to patients in need of medical treatment outside Gaza, to ensure access to Gaza’s agricultural land and fishing grounds, and ensure the protection of civilians in these areas.

According to UN OCHA, since the beginning of 2012, power cuts throughout Gaza remain as high as 12 hours per day, disrupting delivery of basic services and daily life. Almost all 180 fuel stations throughout the Gaza Strip are closed or are functioning only partially due to the lack of fuel. The fuel shortage forces hospitals to cut back on essential care and surgeries, makes garbage collection impossible, and hurts already-ailing industries.

The closure also significantly impacts fishermen. Fishermen are often subjected to harassment and ill-treatment, shot at by the Israeli navy with water cannons or live ammunition, and have their boats seized for allegedly violating the three nautical mile fishing limit imposed by the closure. These actions are undertaken to intimidate and discourage fishermen from securing their livelihood. According to UN OCHA and the ICRC, the 10,000 fishermen in Gaza in 2000 is now 3,100, and the 2011 fish yield was 437 tonnes, down from 1,817 tonnes in 2006. 90% of Gaza’s fishermen are considered to be poor (monthly income between id="mce_marker"00-id="mce_marker"90) or very poor (monthly income less than id="mce_marker"0). 35% of Gaza’s farmland and 85% of fishing waters totally or partially inaccessible due to the Israeli imposed ‘buffer zone’. 18 Palestinian civilians killed and 205 injured by Israeli forces in the buffer in 2011; up from the total of 12 civilians killed and 158 injured in all of 2010.

Health care is also affected. According to WHO, over 12,000 patients from Gaza were referred by the Palestinian Ministry of Health for specialised treatment in the West Bank, including East Jerusalem, and in Egypt, Israel and Jordan in 2010. These referrals were necessary because Gaza lacks the capacity, equipment and medical supplies to treat such patients. Patients suffer protracted delays in receiving permits or outright denials, sometimes resulting in death, and face interrogation by Israeli security forces as an application condition. The number and kind of referrals are symptomatic of the slowed development of the health-care system in Gaza.

The closure also imposes severe restrictions on workers and students. Before 2000, over half a million workers exited Erez every month, and until 2006, 900 left Gaza daily. Israel revoked the workers’ permits and now only allows severely limited travel to the West Bank. As stated above, since the closure, students from Gaza are forbidden by military order to obtain a permit to study in a university in the West Bank.

The closure has also adversely affected access to justice for Palestinians from Gaza. Despite the hundreds of complaints submitted by Palestinian, Israeli and international human rights organisations to the Israeli military for the direct targeting of civilians and civilian infrastructure resulting in deaths, injuries and the extensive destruction of property; the use of civilians as “human shields”; the refusal to evacuate the wounded; and detention in degrading conditions during Operation Cast Lead, Israel has failed to conduct independent investigations compatible with international standards of independence, effectiveness, transparency and promptness. Furthermore, Israel is using the closure to deny access to courts to plaintiffs from Gaza and their witnesses in compensation cases. As a result these cases are being dismissed.

Moreover, the restrictions on raw materials necessary for agriculture and industry continue to undermine Gaza’s production capacity. It is essential to ensure free entry of these materials as well as the export of agricultural and industrial products to their most natural destination in the West Bank at the same time.