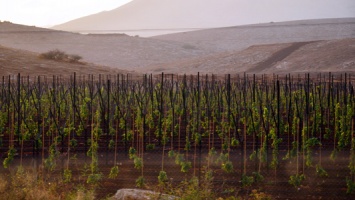 Al-Haq is pleased to announce the publication of the position paper "Feasting on the Occupation: Illegality of Settlement Produce and the Responsibility of EU Member States under International Law." The study examines the extent to which trading in settlement produce has become an essential step in the consolidation of Israel's illegal settlement enterprise. International stakeholders, particularly the European Union (EU), are directly contributing to the growth and viability of settlements by providing an essential source of revenue that allows them to thrive. This is especially true of settlements in the Jordan Valley, at least 60 per cent of which are dependent on agriculture.

Commenting on the report, Shawan Jabarin, General-Director of Al-Haq, said, "As the single largest trading partner of Israel, the EU is in a very strong position to effect positive change on the current situation of Occupation. And yet, while the EU has been quite outspoken in condemning settlements and their expansion, they continue to import produce from these same settlements and in doing so, help to sustain their very existence."

The Government of Israel estimates that the value of goods produced in settlements in the West Bank and exported to Europe amounts to approximately 300 million USD per year. While this may represent a relatively small proportion of Israel's total exports, it still amounts to a considerable quantity in absolute terms. Crucially, such trade, while contributing to the permanence and growth of settlements, has an increasingly negative effect on Palestinian communities and the Palestinian agricultural sector.

"As things stand," continued Mr. Jabarin, "the EU is doing little more than ticking a box by acknowledging that settlements are illegal. Until they support this rhetoric with action and ensure that no assistance or recognition are provided to settlements, even indirectly, any such criticism will continue to be meaningless."

Al-Haq calls upon the EU to comply with its legal obligations and act in accordance with Article 215(5) of the Treaty on the Functioning of the European Union (TFEU) so as to ban produce originating from Israeli settlements in the OPT. In case the EU fails to comply with its obligations, Al-Haq calls upon EU Member States to individually uphold their legal obligations stemming from customary norms of international law to adopt a ban on the import of such produce.

The paper demonstrates that the adoption of restrictive measures against settlement produce would not contravene any provision of EU or national law, or any provision of the World Trade Organisation's "General Agreement on Tariffs and Trade (GATT)" Regulations.

In addition, the report calls upon relevant United Nations bodies to recall the precedent set by 'conflict diamonds' and to set up an effective mechanism to investigate and report on the relationship between trade in settlement produce and the entrenchment of the settlement enterprise.

* Serious breaches of peremptory norms of international law include the denial of the right to self-determination, extensive destruction and appropriation of property and colonialism. Peremptory norms of international law may be defined as substantive rules of conduct that prohibit what has come to be seen as intolerable because of the threat it presents to the survival of States and their peoples and the most basic human values.