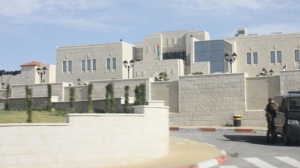 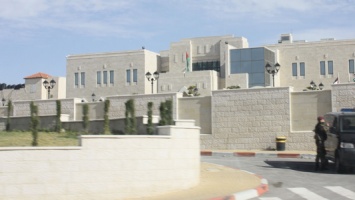 On 15 December 2012, President Mahmoud Abbas signed the Presidential Decree on Establishment of the Civil Society Organisation Affairs Commission (2012 Decree), the latest in a serious of persistent legislative interventions targeting civil society organisations (CSOs) in Palestine. This follows the issuing in April 2011 of the Decree Law on Amendment of the Law on Charitable Associations and Civil Society Organisations (2011 Decree). Both decrees are part of an incremental policy approach that is being implemented by the Palestinian Authority (PA) to undermine and curb the freedom of CSOs, both local and international. As a Palestinian human rights organisation, Al-Haq condemns both decrees as they violate provisions of the Palestinian Basic Law and Law on Charitable Associations and Civil Society Organisations as well as the right to assembly, an international human right enshrined in both the Universal Declaration of Human Rights and the International Covenant on Civil and Political Rights. In addition, they represent a clear attempt by the PA to exert an increased level of control over the activities of civil society in Palestine.

According to the 2012 Decree, the new Commission will be tasked with coordinating and regulating functions, including planning, decision making and the selection of partners, between all Palestinian and foreign CSOs as well as various government bodies. As such, the CSO Affairs Commission acts like a custodian and coordinator. In reality, CSOs should be independent and only subject to relevant board decisions while being free to plan their activities according to the needs of their stakeholders.

The 2011 Decree allows unconstitutional and illegal seizures by transferring dissolved CSO property to the PA Public Treasury account. This is not the first time the PA has taken unwarranted action against CSOs for which it lacks proper legal authority. In 2007 Al-Haq denounced the Ministry of the Interior’s politically motivated decision to terminate 103 CSOs.

These enactments are part of a process that allows the Minister of Interior to exercise a comprehensive control over CSOs in violation of both the spirit and the letter of the constitutional rights of Palestinians. The following examples outline a number of the violations involved in the two decrees;

Al-Haq reiterates the important role played by CSOs in defending rights, freedoms and human dignity across the Palestinian territory. CSOs play a pivotal function as a major partner in promoting a nationwide development process and fulfilling the Palestinian people’s expectations, aspirations and national goals. In addition, CSOs persistently seek to consolidate democratic values and disseminate a culture of human rights, transparency and accountability. Al-Haq demands that all decrees and decisions that restrict the freedom of CSO activity be immediately revoked.