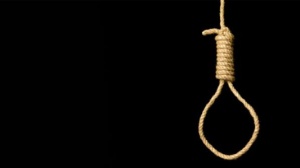 At 9:00 am on 22 June the Ministry of Interior in the Gaza Strip executed Hussein al-Khatib, 43, from Khan Younis and ‘Imad Abu Ghalyoun, 49, from Gaza City. Both men had been charged with spying on behalf of the Israeli Occupying Forces.

Later that day, the Ministry of the Interior issued a statement asserting that the decision to execute was made by the military court in Gaza City and that the parties with the relevant legal authority to implement such a decision were present. The statement claimed that all necessary legal procedures were followed in taking the decision, the accused were given the opportunity to defend themselves and all levels of appeal were exhausted.

However, contrary to the claims made by the Ministry of Interior statement, the necessary legal procedures were not followed in reaching the decision to execute Hussein and ‘Imad. Article 109 of the Palestinian Basic Law and articles 408 and 409 of Palestinian Penal Procedures Law number (3) of 2001 all emphasise that the death penalty cannot be carried out without the ratification of the president of the Palestinian National Authority. In Hussein and ‘Imad’s cases, this ratification was not obtained from the president.

Accordingly, Al-Haq would like to emphasise the following points:

Al-Haq is gravely concerned about the continuous use of the death penalty by the current government in the Gaza Strip and calls for this practice to be brought to an end. It should be noted that curtailing capital punishment would not entail creating a climate of impunity for criminals but would simply require the adoption of alternative penalties that would continue to act as effective deterrents. Al-Haq stresses that the implementation of the death penalty is a cruel and inhuman act and should immediately be ceased.