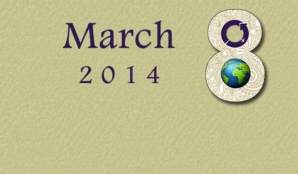 8 March marks the annual commemoration of the United Nations International Women’s Day, the theme of which is equality for women means progress for all. Palestinian women are, along with the rest of the Palestinian population, living under occupation and are consequently denied basic human rights on a daily basis, including by being subjected to ill-treatment and intimidation by Israel. On the other hand, Palestinian women are also regularly deprived of their fundamental rights by the Palestinian Authority and within Palestinian society itself.

Al-Haq is concerned by the increasing number of incidents of violence against women, including acts of femicide, taking place within the Occupied Palestinian Territory (OPT). An updated draft of the Palestinian Penal Code, which was formulated with strong Palestinian civil society involvement, provides increased protection to women and is more in line with international legal standards. The draft was submitted to the Palestinian Presidential Office in 2011 but has not yet been ratified. As such, the existing Penal Code continues to be applied despite its discriminatory nature, which undermines women’s rights and their role in society. Moreover, the current Penal Code does not include provisions that criminalise sexual harassment neither does it provide equal protection for women in cases such as domestic violence and femicide. Hence, there is an urgent need for the Presidential Office to ratify the updated Penal Code.

The phenomena of violence against women, including femicide, within Palestinian society requires that the Palestinian Authority set clear and effective legislation, policies and programs to prevent and deter such incidents. A key starting point would require the ratification of the 2011 draft Penal Code as it would bring Palestinian legislation in line with international human rights law treaties and would guarantee women’s rights as well as the rights of the rest of the population.

Al-Haq calls upon the Palestinian Authority to effectively promote women’s active participation in social and political life in the OPT.  Female empowerment should include involvement in political, social, and economic life, as well as decision making processes. In addition, there must be proper representation of women during elections, which would require amendments of electoral laws and policies. A clear plan that aims at “distilling” gender-based discrimination from Palestinian legislation is also required. Women’s rights must be further incorporated into public policy through the adoption of concrete measures to combat the oppression of women in the private and public spheres and to promote gender equality throughout society.

Furthermore, a new Personal Status Law is required in Palestine, one that is based on the Convention on the Elimination of Discrimination against Women (CEDAW) and that ensures women’s rights. In 2009, a Presidential Decree was issued welcoming CEDAW, yet ratification has so far not been forthcoming. Al-Haq urges the Palestinian Authority to officially ratify CEDAW. Such a move would not only be a step towards ensuring women’s rights but also towards ratifying other international covenants that would serve the Palestinian population and the realisation of their rights.

Al-Haq further urges the Palestinian Authority to exert increased efforts to implement United Nations resolutions calling for increased representation of women in mechanisms of conflict resolution. This would include Security Council resolution 1325.