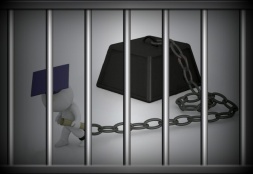 In the second half of 2014, and after the International Covenant on Civil and Political Rights (ICCPR) came into effect, on 2 July 2014, Al-Haq documented several violations of freedom of opinion and expression in the West Bank by Palestinian security services. After documenting and analyzing affidavits and conducting interviews with a number of victims and witnesses, information indicated that violations of freedom of opinion and expression mainly targeted university students, especially those from the Islamic Bloc, on the grounds of their student activities and events. Additionally, other instances of breaches of these rights targeted a number of individuals, including journalists, workers, and imams.

Security proceedings and pre-trial detentions that target students and others have mainly been conducted by the Palestinian Preventive Security. Interrogation of students in detention centres focused on the nature of their student activities and events they organized, as well as the organizational structure of the Islamic Bloc, its activities and affiliated members. Interrogations also focused on the views, comments, and criticisms that the students expressed via their social media accounts and other issues related to the freedoms of opinion and expression.

This field report will begin by providing general comments regarding the affidavits and the interviews conducted, which highlight violations of freedom of opinion and freedom of expression that target university students in particular, and violations related to arrest and detention, including treatment in detention. The report will also outline the way the Office of the Public Prosecutor and judiciary dealt with pre-trial detention measures and criteria. Pre-trial detention is a serious investigation procedures which obstructs personal freedom and the presumption of innocence.

In addition, the report will address the details and aspects of the most evident violations documented by Al-Haq, which range between violations of legal guarantees during arrest and detention to torture and ill-treatment of university students and others in detention centres. These violations show the extent of control that the Palestinian security services enjoy over detention measures and investigation procedures, both of which fall under the jurisdiction of the Office of Public Prosecutor, and how the security services exceed their duties under the law during the preliminary investigation stage. During the preliminary investigation stage, security services should focus on research, inquiries, and taking statements. The file is then submitted to the Office of the Public Prosecutor, who takes over the investigation as required by law.