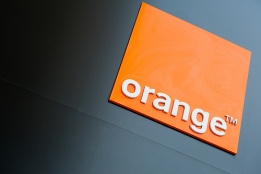 Orange announced this morning, 30 June that it has amended its contract with Partner, an Israeli telecommunications company operating in Israeli settlements.

This amendment allows for the termination of the brand licensing agreement within two years, in exchange for a compensation of tens of millions of Euros.

Civil society organisations (CSOs) [1], authors of a report published on May 6, entitled "Orange dangerous liaisons in the Occupied Palestinian Territory," welcome this announcement and call upon Orange to move forward with the termination of the contract as soon as possible. Notwithstanding, CSOs regret that Orange has not publicly recognized the risks of human rights abuses related to its business relationship with Partner, in contrast with other companies and investors who have publicly done so.

Business enterprises have a responsibility to ensure they do not contribute directly or indirectly to the maintenance of Israeli settlements in the Occupied Palestinian Territory (OPT), recognized as illegal under international law, and resulting in numerous violations of international human rights and humanitarian law. In failing to bring Partner to end its business activities in Israeli settlements, Orange is obliged to end its brand licensing agreement with Partner in order to meet its duty of human rights due diligence.

The aforementioned authors of the Orange report note that it is only due to the pressure exerted by associations and unions, including public questioning of the company's actions, that Orange finally took concrete steps to end its indirect contribution to manifest human rights violations in the OPT. In fact, five years have passed since trade unions first voiced their concerns in regards to this case.

Notably, our organisations are gravely concerned with the inadequate public reaction of France in this matter. In light of its international human rights obligations, the French government should provide clearer guidance to business enterprises investing or conducting other business activities in the settlements. The advice provided to business enterprises published on the site of the French Ministry of Foreign Affairs in June 2014 should be strengthened, and explicitly detail the illegality of operating in settlements including the violations of international law which are inherent in such operations. This notice must also be translated into effective implementation, including through legislative measures, so that all business enterprises immediately cease all commercial ties with the settlements, in compliance with international law.

The report is available in French and English.
Related Subjects
Over 280 ESCR-Net Members Call for Stronger Treaty to Regulate Corporate Activities
Al-Haq’s Engagement with the UN Committee on Economic, Social and Cultural Rights for Israel’s Fourth Periodic Review
Al-Haq Welcomes Launch of World Health Organization Report on the Right to Health in the Occupied Palestinian Territory