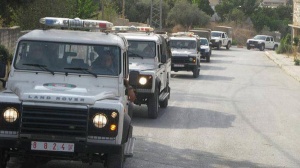 Al-Haq is gravely concerned with the recent and extensive campaign of arrests, which began on Thursday 2 July 2015 and was carried out by Palestinian security apparatuses, particularly the Preventive Security apparatus and the General Intelligence. The campaign has targeted tens of Hamas supporters and members across the West Bank, including political leaders, university students, prisoners released from Israeli prisons, and several women who have been given summoning orders.

Al-Haq's preliminary field research indicates that most arrests targeted one political spectrum. In addition, these arrests were carried out without judicial arrest warrants from the Public Prosecution, and several houses were raided during the campaign without judicial search warrants. These violations are in breach of individuals' rights and constitutional guarantees as stated in the Palestinian Basic Law and relevant legislations. The arrests also violate a number of international conventions that the State of Palestine has acceded to, particularly the International Covenant on Civil and Political Rights.

Al-Haq warns of the continuing deterioration of rights and freedoms following Palestine's accession, without reservations, to several international conventions pertaining to basic human rights. Since Palestine’s accession, no concrete developments - on the political and legislative levels - have been detected in the implementation of these conventions. Furthermore, those in violation of these rights and freedoms have not been held to account and hence no remedy has been provided for the victims. This poses serious questions as to the significance of Palestine acceding to such international conventions; the ability and willingness to respect obligations under international law and within the framework of the applicable conventions in the Palestinian Territory; and finally, the presence of a serious political will to enforce these conventions on various levels.

In its parallel reports relevant to the human rights conventions that the State of Palestine acceded to, Al-Haq resolves to incorporate all violations of the rights, freedoms and human dignity in the Palestinian Territory, including perpetrators, means of local remedies, and their effectiveness. Al-Haq reiterates its demands to immediately and indefinitely halt all these violations, respect the rule of law and the international human rights conventions that Palestine acceded to. Additionally, Al-Haq calls to hold all perpetrators accountable before the judiciary and achieve effective remedy for victims in order to ensure similar violations do not recur.