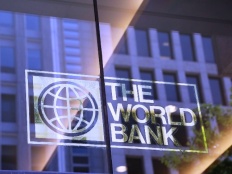 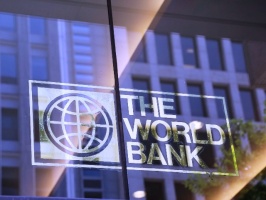 On 16 June 2016, Al-Haq called upon 14 World Bank Executive Directors to strengthen protection in conflict-affected areas, particularly situations of occupation, through the World Bank safeguards framework. In October 2015, Al-Haq met with several World Bank representatives, including the United States Executive Director, Mr. Matthew T. McGuire. During these meetings, Al-Haq emphasised the importance of focusing on conflict-affected areas as part of the reform process of the World Bank’s environmental and social policies in order to ensure maximum protection of human rights in development projects.

In correspondence with the World Bank Executive Directors, Al-Haq stated:

Although the World Bank has highlighted that its reform process aims to cover areas that are particularly complex – including human rights, climate change, and a number of social issues – Al-Haq remains deeply concerned that increased protection for conflict-affected areas is not specifically included or adequately addressed as part of the current reform process. We understand that the World Bank has plans to increase investment in fragile and conflict-affected states, and that this will be a special theme of IDA18 replenishment. Given the complexity of conflict-affected areas, increased protection by the World Bank must be part and parcel of decisions to increase investments.

Conflict-affected areas are characterised by a heightened risk of human rights abuses. In situations such as the Occupied Palestinian Territory – where the Israeli occupying power plans and implements unlawful policies that result inter alia in direct and indirect forcible transfer[1], environmental injustice[2], and systematic discrimination[3]  – development projects must only be implemented with proper consideration of international human rights and humanitarian law. Al-Haq believes that this must be regulated through provisions such as the World Bank safeguards framework in order to provide maximum protection for the rights of people living under occupation, as well as other situations of armed conflict.

To that end, we urge you to incorporate language within the new World Bank environmental and social policies to ensure adequate safeguards for development in conflict-affected areas. This language should guarantee that:

The adoption of these key principles as part of the World Bank safeguards will serve to provide further protection of human rights in conflict-affected areas.

[1] See, for example, Al-Haq’s report, ‘The Annexation Wall and its Associated Regime’ http://www.alhaq.org/publications/publications-index/item/the-annexation-wall-and-its-associated-regime

[3] See, for example, Al-Haq’s report ‘Water For One People Only: Discriminatory Access and ‘Water-Apartheid’ in the OPT,’ http://www.alhaq.org/publications/publications-index/item/water-for-one-people-only-discriminatory-access-and-water-apartheid-in-the-opt