Main Menu
HRW Another Target of Israeli Policies
Latest Topics
Palestinian Organisations Call on the Prosecutor of the ICC to Open an Investigation into International Crimes in the OPT
Special Focus: Yitzhar Settler Violence is on the Rise
testing arcgis online map
Palestinian Voices: Nidal Rabie, Turmusayya
Al-Haq Calls on the EU to Support the Proposal for a Wide Ban of Trade with and Support for Illegal Settlements
EU due diligence legislation: Organisations affected by European supply chains around the world publish recommendations
HRW Another Target of Israeli Policies
25، Feb 2017 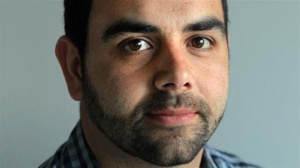 Al-Haq expresses its concern over Israel’s decision to deny the work permit of Human Rights Watch’s (HRW) Israel and Palestine Director, Omar Shakir. Israel reportedly denied the permit claiming that the organization “engaged in politics in the service of Palestinian propaganda.”[1]

The denial of Omar’s permit and Israel’s rhetoric surrounding it are reflective of Israel’s broader discourse on and policy towards institutions, organizations, and individuals that call attention to Israel’s violations of international law. Israel routinely denies the entry or fails to respond to the entry requests of UN experts and bodies.[2]Last year, United Nations Special Rapporteur on the situation of human rights in the Occupied Palestinian Territory (OPT), MakarimWibisono, resigned due to Israel’s failure to grant him access to the OPT and his inability to fully carry out his mandate.[3]

Israeli and Palestinian organizations and human rights defenders documenting and reporting on Israel’s violations of international law are also regularly subjected to threats, smear campaigns, and arrests by Israel while undertaking their work.[4] The Israeli government and its officials seek an environment devoid of criticism while disregarding their duties under international human rights and humanitarian law.

Al-Haq stands with Human Rights Watch and all groups that seek to impartially report on human rights violations around the world.

[2] For example, in 2014, Israel denied the entry request of the UN Independent Commission of Inquiry on the 2014 Gaza Conflict. In 2012, the UN Fact-finding Mission on Israeli settlements was also not granted access.

Wibisono noted that his “efforts to help improve the lives of Palestinian victims of violations under the Israeli occupation have been frustrated every step of the way.” Special Rapporteur on Occupied Palestinian Territory resigns due to continued lack of access to OPT, 4 January 2016, http://www.ohchr.org/EN/NewsEvents/Pages/DisplayNews.aspx?NewsID=16922#sthash.BUHNuNLn.dpuf