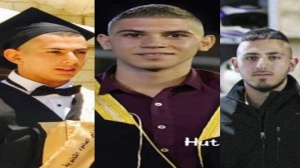 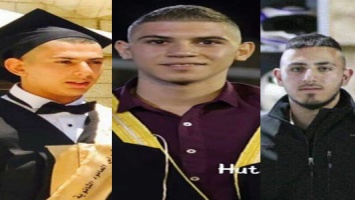 One month ago, on 21 July, three Palestinians were killed in Jerusalem, two by the Israeli Occupying Forces (IOF) and one by a settler. The killings came in the wake of peaceful protests against Israeli restrictions at Al-Aqsa, which escalated into clashes.  While the deaths of Mohammad Sharaf, Mohammad Lafi, and Mohammad Abu Ghannam on 21 July were tragic in and of themselves, measures taken by family and friends of each deceased following their killings underscores the deep impact of Israel’s policy of holding bodies of deceased Palestinians. A month later, there have been no real steps towards accountability for any of the killings.[1]

Each of the young men were shot in different areas of occupied East Jerusalem, and each family independently took the decision to ensure that their bodies would be buried immediately, fearing that the IOF would detain their bodies.

The frantic environment caused by the IOF throughout July 21 was apparent in a testimony given by the surgeon who treated Mohammad Abu Ghannam at Al-Makassed Hospital. He stated:

A young man that I believed was in his twenties was brought in while I was at the emergency room... He showed no vital signs such as breathing, blood pressure, or a pulse. Together with the medical staff, I tried to resuscitate him through CPR. We found a wound in the area of his left armpit that was most likely the trace of a bullet having penetrated into his body. I opened his chest to perform an internal resuscitation of the heart and saw that his aorta had been severely ruptured causing blood to spill out of it into the chest area and into the thoracic cavity. A live bullet had broken through the aorta and settled in the spine. We continued direct cardiac resuscitation while giving him fluids and blood for about twenty minutes. [...] While the medical staff and I were trying to move the patient to the operating room, we were prevented from exiting the emergency room by members of the IOF ... Meanwhile, the resuscitation procedure was still ongoing. I had my right hand inside the injured patient’s chest trying to resuscitate his heart while I was using my left hand to block the blows from the IOF. The IOF had begun to assault the medical staff, beating us with their batons, hands, and legs. One of the anaesthesiologists lost consciousness as a result of the severe beating by the IOF while he was trying to give artificial breathing to the injured patient. [...]

Until then, I still did not know the reason behind their assault. Was it to return us to the emergency room or to seize the body of the injured patient? We were able to move towards the elevator [heading towards the operating room] after the fight with the IOF. When we arrived in front of the elevator, I stretched out my hand and tried to tell a member of the IOF that he could not get on it with us since there was not enough space for everyone. With the medical staff and the injured on the emergency bed, we were already about seven individuals. But the officer still tried to get on the elevator by force. Another member of the IOF also dressed in blue kicked me on my side. Because of the fighting, the elevator crashed. The medical staff and I tried to get to the opposite elevator but it was smaller in size and not made to fit patient beds. I therefore decided to go to the computerized tomography (CT) room with the patient and the medical staff instead since it was next to the elevator. When we entered the CT room, one of the relatives of the injured was in there. When he saw the injured patient he became hysterical. He started to scream and cry and called him by his name... At that point the medical staff and I resumed his resuscitation for another fifteen minutes but to no avail. We then announced his death and closed his chest. I later found out on the news that the deceased had been Mohammad Abu Ghannam. I also heard from one of the staff that a group of youth had smuggled his body out of the hospital and buried him.[2]

Since October 2015, Israel has withheld the bodies of 161 Palestinians, 12 of whom still remain in Israeli custody. Seven of these bodies have been withheld since 2016, with the longest being that of Abdel Hamid Abu Srour (held since April 2016). Five other bodies were retained by Israel in 2017, and include that of Fadi Al-Qanbar, killed by the IOF on 08 January 2017,[3] Baraa Saleh, Adel Ankoush, and Osama Atta, killed by the IOF on 16 June 2017,[4] and Qutibah Ziad Zahran, killed by the IOF on 19 August 2017.

The Israeli occupation authorities place conditions on the families for burial when bodies are returned. These have included: a limit on the number of funeral attendees, restrictions on place of burial; requiring an immediate burial, effectively barring an opportunity for an autopsy, as well as other conditions.[5] The cases of the three young men killed on 21 July highlights the anxiety instilled in Palestinians through the escalation of the Israeli policy of holding bodies. In order to avoid further pain, the three families rushed to bury their loved ones without following traditional burial rites and without carrying out full medical reports or autopsies.  Although actual accountability for the killings is unlikely given the context of Israeli impunity, the lack of autopsies will inevitably facilitate well-established Israeli pretexts.[6]

Alongside violating the right to life of Palestinians, Israeli impunity extends to its violations of international humanitarian law and international human rights law through its practice of holding the bodies of deceased Palestinians. In recent years, the Committee against Torture,[7] the United Nations Secretary-General,[8] and the Office of the High Commissioner for Human Rights,[9] have all condemned Israel’s practice of withholding the bodies of deceased Palestinians, and  noted that the holding of bodies amounts to collective punishment, and violates prohibitions against torture and ill-treatment.[10]

The international community must take action to ensure that Israel conducts effective, impartial, and transparent investigations into the killings of all Palestinians in the OPT by the IOF or settlers, and prosecute responsible individuals when appropriate. Alongside the failure of Israeli authorities to typically launch investigations into killings, it is important to note that families of Palestinians killed often do not file complaints as they believe it will not lead to a proper investigation or fair trial, and are afraid of possible repercussions taken by Israel.

In light of the continued impunity and perpetuation of the occupation, Al-Haq and CAC call on the international community to hold Israel accountable for its violations of international law, including violations of the right to life, and pressure Israel to immediately release the 12 bodies of Palestinians who remain detained.

[1] Sources contacted by CAC stated that the Israeli police summoned the settler that was alleged to have killed Mohammad Sharaf, but that there was no formal investigation as the parents of Mohammad and other witnesses had not been summoned.

[6] One media report, in regards to Sharaf’s case, stated “The investigation is continuing, but law enforcement officials said the probe has been hampered by the fact that Sharaf was buried very soon following his death, depriving the police of the opportunity to order an autopsy.”  Al-Haq’s field investigation conflicted with the article, in that witness testimony provided that armed settlers were near Sharaf, while the IOF remained at a distance at the time of his killing, and that Sharaf was never taken to Al-Makassad. The quoted article can be found at http://www.haaretz.com/israel-news/.premium-1.803120 Sources that CAC spoke with stated that no investigation had taken place in regards to Sharaf’s case, and that the settler was only summoned to the police station.