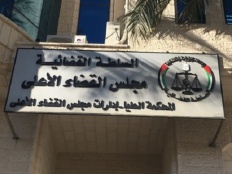 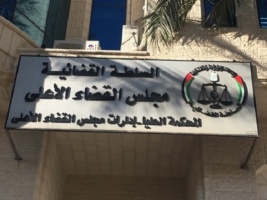 Palestinian civil society recently convened to discuss the deteriorating conditions in the Palestinian judiciary, as well as the recent decision by the High Judicial Council (the Council hereinafter) to refer Judge ‘Izzat Al-Ramini, member of the High Court, for interrogations following his participation in a workshop discussing the protection of the judiciary. The Council had previously referred Judge Abdallah Ghazlan, member of the High Court, for interrogations after criticizing the judicial authority and its deterioration. Ghazlan’s membership in the Council was terminated contrary to the provisions of the law and the will of the majority judges at the High Court.

The recent decisions against Judges Ghazlan and Al-Ramini constitute a serious violation of the right to freedom of expression and opinion, guaranteed by international conventions that the State of Palestine acceded to without reservations, notably the International Covenant on Civil and Political Rights, the Universal Declaration of Human Rights, and the Basic Principles on the Independence of the Judiciary. The right is further guaranteed by the Palestinian Basic Law, the law on judicial authority, and the Code of Judicial Conduct. Palestinian civil society is further concerned with the Council’s alteration of the disciplinary board, contrary to the law on judicial authority, which undermines the rule of law, with a clear intent to condemn Judge Abdallah Ghazlan.

Palestinian civil society reaffirms judges’ right to freedom of expression and opinion on matters of public affairs. The Executive Authority’s intervention in the judiciary is ongoing, resulting in a worsening human rights situation and institutional bias. This has been embodied in the current High Judicial Council, reflecting a structural imbalance in the judiciary. Moreover, the previous two Councils were formed by the Executive Authority, contrary to the law of the judiciary. The current President of the High Court, the President and Vice-President of the current Council, were all appointed contrary to the law of the judiciary – similar to the appointment of former Presidents of the High Court and the Council.

In light of this, the undersigned organizations:

2. Calls on the Council to eliminate conditions imposed on judges, such as that to receive prior permission from the Council to participate in lectures, conferences, workshops, and others.

3. Calls on the Council to hold public sessions in the event that the Council carries out interrogative and disciplinary measures against the Judges, and proceed with it as a matter of public interest.

4. Will refer the case of Judge Ghazlan and Al-Ramini to the UN Special Rapporteur on the Independence of Judges and Lawyers, in the case that disciplinary sanctions are indeed taken against them in this regard.

5. Call to establish an independent, impartial, effective, national commission, to undertake comprehensive assessment, reform and treatment of internal structural imbalance within the judiciary, by ensuring the re-establishment re-institutionalizing the Council, ensuring the independence of the judicial inspection department, and adopting professional and transparent criteria in hiring and promotions, as well as accountability.