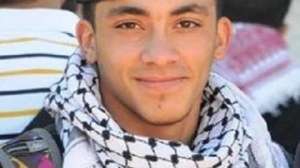 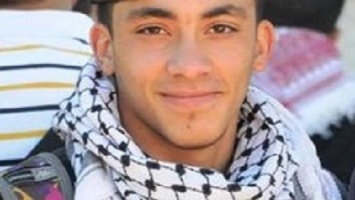 On Tuesday 25 April 2018, the Israeli District Court in Jerusalem sentenced Israeli ‘border policeman’, Ben Deri, to nine months imprisonment and a 50,000 Shekel-fine (approximately USD 14,285) for the killing of 17-year-old Nadim Nuwwara four years ago, on 15 May 2014, near Ramallah. Ben Deri was charged with wrongful death due to negligence, and was given a lowered sentence of nine months. Once again, the sentencing raises serious questions about the impartiality and independence of Israel’s judicial system, notably in relation to the prosecution of members of the IOF who intentionally kill and physically harm Palestinians, acts which amount to war crimes.

On 15 May 2014, Israeli Occupying Forces (IOF) in Beitunia, Ramallah, killed two young Palestinians, Nadim Nuwwara and Muhammad Salama (Abu Thaher), both 17 years old, with live bullets shot to their chests. According to CCTV footage from the scene, the killer of Nadim Nuwwara, Ben Deri, appears to be replacing his rifle magazine with live ammunition, just minutes before he proceeded to position himself to shoot Nadim with a bullet in the chest that penetrated his abdomen, causing extensive bleeding in the abdominal area, liver injury, and extensive bleeding in the chest area.[1] Footage of the incident further demonstrates intent to cause physical harm against some 40 Palestinian youth who had gathered in the vicinity at the time, throwing stones at the IOF while posing no imminent threat to their lives. The footage particularly evidences an intention to kill Nadim Nuwwara, amounting to a wilful killing rather than a ‘negligent homicide’, as found by the Israeli courts.

The impunity enjoyed by members of the IOF and Israeli officials, exemplified in the case of Nadim Nuwwara, is not an anomaly. Within the Israeli judicial system, impunity often prevails when the case involves a Palestinian killed by a member of the Israeli forces or Israeli settlers. For example, in 2017, Israeli soldier Elor Azarya was sentenced to 18 months in prison for manslaughter, which was later reduced to 14 months,[2] and who is now scheduled to be released in May 2018 after having served only two-thirds of his 14 months,[3] for killing Abd Al-Fattah Al-Sharif in Hebron on 24 March 2016. On that day, Abd Al-Fattah was shot and incapacitated by an Israeli soldier, Azraya, who then shot two other bullets to Abd Al-Fattah’s head from a close distance, amounting to a wilful killing.

As Occupying Power, Israel must conduct its activities in the Occupied Palestinian Territory (OPT) in compliance with its obligations under international human rights and humanitarian law. The IOF must respect the right to life of Palestinians. The use of firearms by the IOF can only be justified in self-defence against imminent threat of death, serious injury, or in defence of others from the imminent risk of death. Considering investigations and the CCTV footage of the incident, the killing of Nadim Nuwwara meets the criteria of wilful killing. Wilful killing is a grave breach of the Geneva Conventions and is listed as a war crime under Article 8(2)(a)(i) of the Rome Statute of the International Criminal Court.

The continuous killing of Palestinians by the IOF and their agents is an outcome of the prevailing climate of impunity granted to them by the Israeli authorities and judicial system, both of which prevent and undermine accountability and redress for the occupied Palestinian population. Al-Haq urges the international community to act immediately to ensure protection for Palestinians in the OPT, to bring to an end Israel’s consistent violations, and ensure accountability for perpetrators.

Given Israel’s continued failure to carry out prompt, impartial, independent, effective and transparent investigations in this regard, Al-Haq calls on states to take practical measures towards ensuring accountability for violations of international law, including by cooperating with the Office of the Prosecutor of the International Criminal Court (ICC), and activating universal jurisdiction mechanisms to prosecute those involved in the planning and commission of internationally recognised crimes in the OPT.