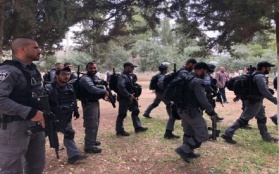 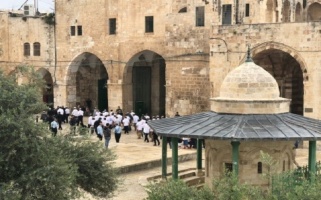 On 13 May 2018, Israelis ‘celebrated’the so-called Jerusalem Day by organizing a mass parade through Jerusalem, culminating in the parades entry into the Old City through Damascus Gate in the Occupied Palestinian Territory (OPT). To allow for the Israeli crowds to proceed with their ‘celebrations’, Israeli Occupying Forces(IOF) forcibly evacuated the premises of any Palestinians. Every year, Israel marks so-called Jerusalem Day to celebrate its unilateral unification of Jerusalem and unlawful annexation of East Jerusalem, in particular the Old City.

Notably Israel’s annexation of Jerusalem violates Article 2(4) of the Charter of the United Nations and numerous United Nations (UN) General Assembly and Security Council resolutions which require that Jerusalem be considered separately as a corpus separatum and that any action to alter the status of Jerusalem is null and void. The most recent General Assembly resolution on Jerusalem “affirms that any decisions and actions which purport to have altered the character, status or demographic composition of the Holy City of Jerusalem have no legal effect, are null and void and must be rescinded in compliance with relevant resolutions of the Security Council.” Accordingly, the annexation of Jerusalem represents a violation of Israel’s duties as belligerent occupant in marked disregard of Article 47 of the Fourth Geneva Convention which prohibits annexation and protects the occupied population against “any annexation by the [Occupying Power] of the whole or part of the occupied territory”.

On Sunday 13 May at approximately at 11:00 am, Al-Haq documented more than30 Israeli settlers – surroundedand under the protection of the IOF – stormed Al-Aqsa compound in the Old City of Jerusalem in the OPT. Tens of members of the IOF stormed and escorted far right extremist Israeli settlers into Al-Aqsa compound in a provocative measure to demonstrate and display effective control over the compound. 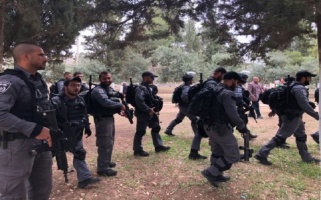 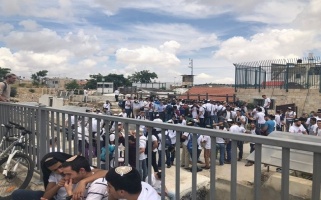 Across the street from Damascus Gate, Israeli forces violently grabbed, pushed and shoved Palestinians and tourists, who were sitting and eating in the cafes, knocking over tables and chairs where the patrons had been sitting. Al-Haq documented incidents where patrons were forcibly grabbed and hauled off their chairs and pushed out of the seating area by the Israeli forces, in order to create a wide perimeter around the settler youth, so they could march unimpeded, throughout the Old City. Al-Haq recorded an incident where Israeli forces aggressively pushed a blind woman off the bench she was sitting on near Damascus Gate. A number of Israeli forces surrounded the woman and her helper, continuing to push them, as she stumbled across the path. 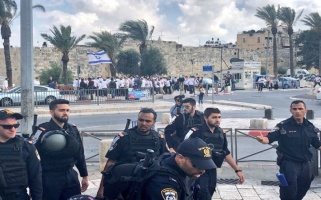