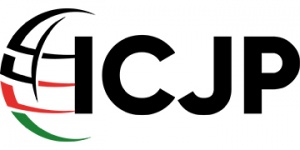 “I was forced to sit on a short iron stool fixed to the ground. During interrogation, the blindfold was removed. A soldier also fastened my feet with a metal chain, measuring about 60 centimetres in length. He painfully stretched my legs with the chain and tightened it with an iron cable that was fixed to the ground. My hands were shackled with metal handcuffs and hung on a wall with a metal chain. At first, I was subjected to this method of shabeh for two hours every day”.

Extract from Al-Haq Affidavit No. 4701/2009, given by a resident of Jabaliya, Gaza Strip, provided to the Metropolitan Police Counter Terrorism Command War Crimes Team (S015) in a letter sent yesterday calling for investigation into the visit of Israeli Minister Dan Meriodor.

London (22ND November 2022) - The International Centre of Justice for Palestinians (‘ICJP’) yesterday urged the Metropolitan Police Counter Terrorism Command War Crimes Team (S015), to investigate; voluntary interview, or arrest and interview, former Israeli Deputy Prime Minister, Dan Meridor on suspicion of having committed serious international crimes, including torture. The UK police have powers to effect such an arrest under the Geneva Conventions Act of 1957 and the Criminal Justice Act of 1988.

The ICJP’s formal notice of Dan Meridor’s travel plans to the police summarises the suspect’s background as an Israeli politician who has held a number of high-level government positions in Israel, including Minister of Justice (1988-1992), Minister of Finance (1996-1997), Minister without Portfolio (2001-2003), Deputy Prime Minister (2009-2013). He also served as Minister of Intelligence and Atomic Energy from 2009-2013. In the capacity of these roles, and particularly under his leadership as Deputy Prime Minister, Mr Meridor, oversaw the commission of serious international crimes, summarised in the letter, for which he bears responsibility.

Mr Meridor is scheduled to speak to the Cambridge Union on the 23rd November. The ICJP’s letter follows from an open letter published on 18th November 2022 in objection to Mr Meridor’s attendance on 23rd November 2022 at Cambridge University, given his involvement and responsibility for serious international crimes. These crimes include crimes previous referred to SO15 and which impacted British nationals, during the attack on the Gaza Flotilla in 2010.

During his term, as Minister of Intelligence from 2009 to 2013, Meridor would also have overseen Israel’s security agencies, routinely sanctioned punishment without fair trial and engaged in the torture of Palestinian prisoners, including women and children. The ICJP letter was supplemented with accounts from leading human rights organisation, Al Haq, that detail the acts of torture (such as the example from Gaza above) which were committed wholly, or in part, during the period of when Mr. Meridor’s served as Deputy Prime Minister.

Meridor was also Cabinet Secretary for the Israeli government responsible for the 1982 invasion of Lebanon, which included the massacres at the Sabra and Shatila camps in Beirut, which lead to the death of over 3,500 Palestinian refugees.  During Meridor’s tenure as Netanyahu’s Deputy Prime Minister, an eight-day bombardment of the Gaza strip was carried out by Israeli forces in 2012, causing the deaths of over 100 Palestinian civilians. Evidence of the crime of unlawful property destruction and appropriation was also provided; the destruction of hundreds of Palestinian homes and displacement of thousands of Palestinians and seizure of their land.

The ICJP letter serves as formal notification of the Metropolitan Police’s War Crimes Unit, with preliminary evidence provided in relation to Mr Meridor. It has offered to provide further evidence if required. It calls on the UK Police, having been provided with notice of Meridor’s impending visit to the United Kingdom, to take immediate investigative steps with regard to these suspected war crimes.

The International Centre of Justice for Palestinians is an independent organisation of lawyers, politicians and academics who support the rights of Palestinians and aim to protect their rights through the law.

For more information see this on the ICJP's website here.