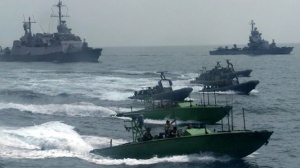 At the UN Conference on Climate Change (COP27), which took place in Sharm El Sheikh, Egypt, between 6 and 18 November, Israel’s delegation emphasised focus on promoting the country’s “leading” global and regional role in addressing climate change, particularly promoting the Abraham Accords, as a key path towards climate justice. For example, at an Israeli event at COP27 organised by the Ministry of Energy titled, “Global and regional cooperation towards Net-Zero in 2050”, Yael Ravia-Zadok of the Israel Ministry of Foreign Affairs, highlighted how the “horizon has been expanded” in regional cooperation following the Abraham Accords; giving the region a “great opportunity” to collaborate to address climate change and to “enhance regional stability.”

In reality, the Abraham Accords are not only a shameful, dangerous acceptance and endorsement of Israel’s settler-colonial and apartheid regime, they also violate third states’ legal responsibilities under international law not to recognise the illegal situation arising from Israel’s violation of peremptory norms of international law. They also violate their legal obligations not to assist the illegal situation and to take effective action to bring it to an end.

The Abraham Accords and any deal with Israel which do not take into consideration these third state responsibilities would aid and abet Israel in maintaining its settler-colonial and apartheid regime and the associated impacts and human rights violations against the Palestinian people, including the worsening of climate vulnerability of Palestinians.

At the High-Level Segment of COP27 on 7 November 2020, the Israeli President shed light on Israel’s intention to “spearhead the development of … a Renewable Middle East, a regional ecosystem of sustainable peace.”  Some of the examples promoting this “renewable Middle East” greenwashing discourse and strategy among many speeches and interventions by Israeli officials at COP27 include:

The EuroAsia Interconnector is a leading EU infrastructure project that aims to connect the national electricity grids of Israel, Cyprus, Greece and wider Europe, enabling each party to be either an exporter or an importer of electricity. In October 2022, the construction of the electricity grids started, which is expected to be complete by the end of 2026, making the “deepest and longest submarine electricity interconnection in the world.”

At an Israeli event at COP27, Director General of the Ministry of Energy gave the EuroAsia Interconnector as an example of what he termed “energy diplomacy.”  Schillat continued his intervention by explaining how Israel would become Europe’s “backup” in electricity.

In reality, Israel’s national electricity grid, which will be linked to Europe’s grid by the EuroAsia Interconnector, includes - inseparably and by design - Israel’s illegal settlements in the occupied Palestinian territory (oPt). Additionally, the electricity grid receives electricity from illegal settlement solar panel fields. Under the rubric of cooperation to address the climate crisis, the implementation of this project would in fact, contribute to the further entrenchment of grave breaches of the Fourth Geneva Conventions, war crimes, crimes against humanity and the violation of peremptory norms under customary international law against the Palestinian people.

At an event at COP27, Yael Ravia-Zadok of the Israel Ministry of Foreign Affairs, highlighted how “regional cooperation” has even started before the Abraham Accords and boasted about the East Mediterranean Gas Forum, an international organization to “foster cooperation between [Cyprus, Egypt, France, Greece, Israel, Italy, Jordan, and Palestine] to manage sustainable efficient and environmentally conscious use of natural gas resources.”

In reality, the Forum is a political smokescreen which enables Israel to perpetrate the exploitation and pillage of Palestinian gas resources. In particular, Israel and corporations have illegally exploited Palestine’s contiguous gas resources in the Gaza Strip, entrenching the blockade of the Gaza Strip and furthering the denial of the Palestinian people to exercise their right to self-determination and to permanent sovereignty over their natural resources.. Al-Haq warns that Palestinian Authority presence at the East Mediterranean Gas Forum table, does not qualify as consent for the exploitation of Palestinian gas resources by Israel, whose ownership vests in the occupied Palestinian population.

Another example of “regional cooperation” which the President of Israel said is a “creative win-win partnerships which will contribute to the stability of the entire region” is the Gas to Water Deal, an agreement that was signed on 8 November 2022 at COP27 between Israel, Jordan and the UAE. The agreement stipulates that Jordan would supply Israel with green electricity and Israel would in return, supply Jordan with desalinated water, in the name of climate change mitigation.

In fact, Israel’s ability to supply Jordan with desalinated water is dependent on Israel’s practices and policies of water resource appropriation which began with the integration of the Palestinian water system into the Israeli one, at the beginning of the occupation in 1967. The appropriation continued through discriminatory zoning and planning, corporate over-extraction, curtailment of water access, overexploitation and environmental damage, policing water supply, demolition of water infrastructure, and resale of water resources for Palestinians, amounting to the crimes of appropriation and pillage. In particular, Israel controls and appropriates 87 percent of Palestinian water.[1]

Critically, such an agreement is being signed against the will of the people of Jordan, whose citizens include millions of Palestinian refugees, who are denied their right to return by Israel. The Jordanian people have rejected the agreement, including through ongoing demonstrations since the content of the deal was publicised in November 2021.

In March 2021, Mekorot, Israel’s national water company, and Bahrain signed an agreement, which stipulates that Mekorot would provide, “consulting, planning, and support services in a number of fields, including seawater and brackish water desalination, as well as water resources management and its supply to the population of the Kingdom of Bahrain.” At an event at COP27, Yael Ravia-Zadok Yael Ravia-Zadok of the Israel Ministry of Foreign Affairs highlighted this agreement as promoting water security to address the climate crisis.

The reality is that, Mekorot is complicit in Israel’s appropriation and pillage of Palestinian water.[2] Since 1982, ownership of the water supply systems in the oPt has been transferred to Mekorot, forcing Palestinians to rely on Mekorot to meet their water needs. Mekorot extracts and appropriates an amount of water from the oPt in breach of the usufruct rule under international humanitarian law, which may amount to the war crime of pillage.[3] Additionally, Mekorot’s drilling of illegal wells serves illegal Israeli settlements, while simultaneously restricting water supply for Palestinians communities, implicating violations of grave breaches of the Fourth Geneva Convention.[4]

After a century old settler colonial regime, a seven-decade apartheid regime, a five-decade military occupation, and daily systematic human rights violation and international crimes against the Palestinian people, Israel continues to enjoy impunity for this reality it has subjected the Palestinian people to. A key contributor towards Israel’s impunity is the international community’s lack of will to acknowledge the situation in Palestine, enforce accountability, or implement collective countermeasures against Israel, including through sanctions as per their legal obligations.

[2] Al-Haq, “Al-Haq Sends Letters to Corporations Complicit in the Denial of Palestinian Access to and Ownership of Water in the OPT” (13 July 2022) <https://www.alhaq.org/advocacy/20282.html>.

[4] Article 49, Geneva Convention Relative to the Protection of Civilian Persons in Time of War, 12 August 1949.