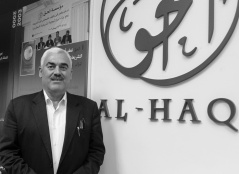 The decision of the United Arab Emirates and Bahrain to normalise relations with Israel lay bare what has been clear to Palestinians for decades: Israel’s illegal acts of annexation and apartheid will not deter those in power from the pursuit of their own interests, to the detriment, if not damnation, of justice, accountability, and human rights in Palestine.

In effect, the normalisation of diplomatic and trade relations between the UAE, Bahrain and Israel reveal a worrying and detrimental trend in regional State practice towards the acceptance and endorsement Israel’s illegal acts against our people including, the closure and collective punishment of the Gaza Strip, enforcement of an apartheid regime over the Palestinian people as a whole, the annexation of our land, and the erasure of the Palestinian people. The shameful recognition of Israel’s illegal acts by both these States, must be collectively opposed, by the international community, and the Palestinian people.

Despite the UAE and Bahrain’s legal responsibilities as third States under international law to take effective action to oppose Israel’s illegal settler-colonial enterprise and other unlawful acts, they have instead opted to act in contravention of these responsibilities and embrace inexcusable violations of international law and human rights in the name of geopolitical expediency and gain.

Palestinian self-determination is not a matter which is up for debate; not as part of future negotiations between Israel and the State of Palestine, and certainly not as part of an agreement between Israel and the UAE or Bahrain, brokered by the United States, with intentionally excluded Palestinian voices and perspectives. In striking contrast to the recent wholesale dismissal of the centrality, or indeed relevance at all, of Palestine to Arab-Israeli relations, the 2002 Arab Peace Initiative, proposed by Saudi Arabia and endorsed by the Arab League, conditioned normalisation on the full withdrawal of Israeli occupying forces from the West Bank, including East Jerusalem, and the Gaza Strip, the recognition of a Palestinian State therein, and the permitting of Palestinians refugees and exiles to exercise their right to return.[1] Instead, Israel has attained full normalisation with the UAE and Bahrain essentially without precondition, having claimed to suspend its plans of full de jure annexation of the West Bank, threatened previously in 2020 in the midst of the COVID-19 pandemic.[2]

This purported suspension has done little to console the millions of Palestinians already living under de jure annexation in East Jerusalem, under de facto annexation in much of the West Bank, as refugees and exiles denied their right of return, or being treated as demographic threats and invaders within Israel’s borders. Whether American-backed de jure annexation comes now or in 2024,[3] Palestinians will continue to be targeted with deadly force, will continue to watch their homes being demolished, will continue to be denied reunification with their families, will be denied the right to return to their homes and lands, and will be denied the dignity promised to them by an international rules-based order.

Emirati support for the struggle against Israeli colonialism, annexationist-aggression and apartheid was ultimately cowed by the allure of the lucrative partnership between the UAE and Israel’s private sectors. Defence, cybersecurity, and infrastructure corporations have for years made billions in revenue as Emirate-based multinationals in Israel, and vice versa.[4] According to the Times of Israel, exports from Israel to the UAE stand to rise up to $500 million USD annually, whereas UAE investment in Israel may reach an annual $350 million USD.[5] Similarly, conversations have taken place at the highest political level between Israeli and Bahraini officials.[6]

Economic benefit and “peace in the region” are thus the fig leaf for the abandonment and betrayal of the Palestinian people offered by American, Emirati, and Bahraini proponents of normalisation. However, a peace which does not include the realisation of the rights of all Palestinians will be one without justice, and so will be no peace at all. In the midst of continued human rights violations and the commission of international crimes in Yemen, Syria, Egypt, and Libya, stood over and perpetuated by a corrupt ruling elite and multinational profiteers, Palestine is once more left by the wayside.

It is critical that the international community intervenes to pressure the UAE and Bahrain to comply with their third State obligations towards Palestine and prevent aiding and abetting Israel in its continuing violation of peremptory norms of international law.

It is now time, for the international community and the Palestinian people to collectively rise up and resist this egregious regional normalisation, to ensure the realisation of our people to self-determination and permenant sovereignty, and to prevent Israeli and regional measures towards the erasure of our people, culture, lands and home.

[2] The Washington Post, ‘Netanyahu set aside West Bank annexation to do the UAE deal. But will the plan revive?’ (17 August 2020), available at: https://www.washingtonpost.com/world/middle_east/netanyahu-set-aside-west-bank-annexation-to-do-the-uae-deal-but-will-the-plan-revive/2020/08/17/a6f99a70-e07d-11ea-82d8-5e55d47e90ca_story.html; The New York Times, ‘For Palestinians, Israel-U.A.E. Deal Swaps One Nightmare for Another’ (14 August 2020), available at: https://www.nytimes.com/2020/08/14/world/middleeast/palestinians-israel-uae-annexation-peace.html.

[3] The Times of Israel, ‘US assured UAE it won’t back Israel annexation before 2024 at earliest, ToI told’ (13 September 2020), available at: https://www.timesofisrael.com/us-assured-uae-it-wont-back-israel-annexation-before-2024-at-earliest-toi-told/#gs.fk1eux.

[5] The Times of Israel, ‘Israel said to estimate UAE deal worth hundreds of millions in trade a year’ (16 August 2020), available at: https://www.timesofisrael.com/israel-said-to-estimate-uae-deal-worth-hundreds-of-millions-in-trade-a-year/#gs.fk57h6.