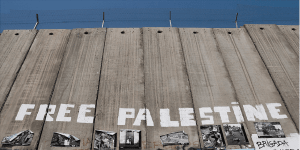 Today, 28 September 2022, the United Nations Security Council (UNSC) will meet for its briefing on the situation in the Middle East, including Palestine, and discuss, inter alia, UNSC Resolution 2334 of 2016, which reaffirmed that Israel’s colonial settlements “have no legal validity and constitute a flagrant violation under international law”, and reiterated demands for Israel to “immediately and completely cease all settlement activities in the occupied Palestinian territory, including East Jerusalem”. Almost six years has passed since the adoption of the aforementioned resolution, but no measures have been taken by the international community, including the UNSC, to turn their words into actions. In fact, the UNSC has failed to take any measures to ensure the dismantling of Israel’s colonial settlement enterprise for decades, despite its assertion on the illegality of Israel’s colonial settlements at least six times since 1979.[1]

Critically, Israel’s colonial settlement enterprise does not operate in a vacuum, but is encouraged and itself strengthens, a more extensive and pervasive system of domination that has its roots embedded in practices and policies of apartheid and institutionalised racial discrimination. The forcible transfer of the Palestinian civilian population to be replaced by Israel’s transferred in civilian population is a key tenet of Israel’s assertion of its colonial power over Palestinian lands. In a similar vein, Israel’s colonial settlement enterprise denies Palestinians access to their natural resources, and intentionally generates and reinforces widespread and systematic human rights violations against Palestinians, in order to induce their forcible transfer.

This institutionalised regime of racial oppression, domination and dispossession, in what amounts to the crime against humanity under Article 7(1)(j) of the Rome Statute, is implemented at the expense of the Palestinian people’s rights, namely the rights to self-determination and return. A core element of the crime of apartheid, as defined by the Rome Statute, is the intention of maintaining the regime.[2] One of Israel’s systematic measures to ensure the maintenance of its settler-colonial apartheid regime is the silencing of opposition. Since its inception on the ruins of Palestinian villages, Israel has implemented discriminatory laws, policies and practices which, inter alia, stifle even peaceful Palestinian resistance, creating a climate of fear and intimidation, with the ultimate aim to maintain its settler-colonial apartheid regime.[3]

Through institutionalised attacks and harassment, including, a widespread campaign of arbitrary detention, torture and other ill-treatment, extensive collective punishment, punitive residency revocation, and deportation, Israel has aggressively worked to control and silence any opposition to its systematic and widespread human rights violations.[4] Plainly, these discriminatory laws and policies target all Palestinians, including human rights defenders, and civil society organisations. Israel’s arbitrary and illegal designations and outlawing, raids and closures of six Palestinian organisations: Al-Haq, Addameer Prisoner Support and Human Rights Association, Bisan Center for Research and Development, Defense for Children International-Palestine, the Union of Agricultural Work Committees, and the Union of Palestinian Women’s Committees, is one recent example of its silencing of opposition, designed to dismantle Palestinian civil society and impinge on democracy and the rule of law.

While the UNSC’s last meeting on Palestine, dated on 25 August 2022, included a brief on Israel’s blatant attacks against the six organisations by Mr. Tor Wennesland, Special Coordinator for the Middle East Peace Process, and statements of condemnation by UNSC Member States, Al-Haq notes that these are merely statements, and are not to be considered as effective action to rescind Israel’s arbitrarily and unlawful criminalisation of the six organisations.

Israel’s colonial settlement enterprise continues to expand; entrenching Israel’s occupation and settler-colonial apartheid regime against the Palestinian people as a whole. Current actions undertaken by Israel to designate and seriously undermine Palestinian civil society organisations working to protect and promote the human rights of the Palestinian people, including those that challenge Israel’s colonial settlement enterprise. In light of the grave escalations witnessed today in the densely populated Jenin refugee camp, during an Israel military incursion, where four Palestinians were reportedly killed by Israeli Occupying Forces and more than forty injured, some in a serious critical condition, Al-Haq urgently calls on the UNSC, and for its Members States to intervene to maintain international peace and security and to collectively and individually: