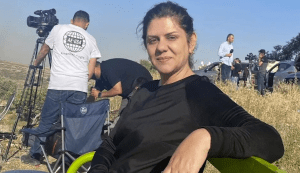 Al-Haq calls into question the conclusions of the US examination of the bullet that killed Shireen Abu Aqleh while on duty in Jenin refugee camp on 11 May 2022. Al-Haq considers the US statement to be of political nature rather than a professional one, which promotes impunity and constitutes a desperate attempt to hide the truth and shield the perpetrators.

Following a US request, the Palestinian Authority (PA) delivered the bullet that killed Abu Aqleh to US experts to conduct examination after it had refused to deliver it to Israel to examine it and determine its origin. According to the State Department’s statement, “After an extremely detailed forensic analysis, independent, third-party examiners… could not reach a definitive conclusion regarding the origin of the bullet that killed Palestinian-American journalist Shireen Abu Aqleh. Ballistic experts determined the bullet was badly damaged, which prevented a clear conclusion”.[1]

The US team reached this conclusion despite the fact that the report itself contains indirect references to the source of the bullet. The report mentions that that gunfire from the Israeli occupation forces (IOF) “positions was likely responsible for the death of Shireen Abu Aqleh” thus, euphemizing the heinous crime by using soft language.[2] Moreover, there seems to be some contradictions in the conclusions reached by the American investigation team. In its report, the team mentions that it “found no reason to believe that this [the killing] was intentional but rather the result of tragic circumstances during an IDF-led military operation against factions of Palestinian Islamic Jihad on May 11, 2022, in Jenin, which followed a series of terrorist attacks in Israel”,[3]. This is very contradictory; how come that the team could not identify the origin of the bullet but decided at the same time that there is “no reason to believe that [the killing] was intentional”?

It is worth mentioning that the examination was conducted without the participation of the State of Palestine or even an expert representing Abu Aqleh’s family, which further accentuates the existing suspicions around the conclusions and even the reasons behind conducting this examination. What also adds to these suspicions is the language of the report that is political in nature rather than legal.  Additionally, it is issued by a state that refuses to hold its soldiers accountable for committing crimes in other contexts. The conclusions of this examination contradict the results of other professional investigations that were conducted by various organizations including Al-Haq, B’Tselem, the United Nations, international media and American outlets, which all have demonstrated beyond doubt that the origin of the bullet was the Israeli occupying forces.

In conclusion, Al-Haq sees that the conclusions of the examination came to show again that they do not attach any weight to International Law especially when it comes to the Palestinian cause and the rights of the Palestinian people, even in cases where the victims are US citizens. The cases of Rachel Corrie and Shireen Abu Aqleh are two obvious examples of this. Al-Haq also believes that the conclusions of this examination must give the Prosecutor of the ICC, Mr. Karim Khan, an additional reason to take concrete steps to accomplish the investigation into the situation in Palestine that has been open for more than year. This is especially true if the conclusion is as one of the many manifestations of the unwillingness of the Israeli occupying authorities to conduct serious and effective investigations to hold the perpetrators accountable for the crimes they commit against Palestinians. Thus, Al-Haq reiterates its call on the Prosecutor to accomplish the investigation considering the fact that the ICC is truly a court of last resort for Palestinian victims, and not to let the political considerations supersede the victims’ rights and the rule of law.

[1] Press Statement on the Killing of Shireen Abu Akleh issued by the US Department of State on 4 July 2022, available at https://www.state.gov/on-the-killing-of-shireen-abu-akleh/