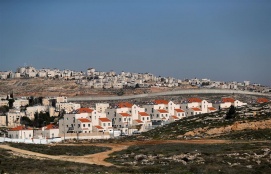 Al-Haq welcomes the recent decision of Norway’s Ministry of Foreign Affairs that “foodstuffs originating in areas occupied by Israel must be marked with the area from which the product comes, and that it comes from an Israeli settlement if that is the case.”[1] These areas comprise the West Bank, including East Jerusalem, the Gaza Strip and the occupied Syrian Golan. The decision taken on 10 June 2022 came as a welcome response to Norwegian “Trade Union's demands from 2011”.[2] It also comes at a critical time when Israel, taking advantage of an internationally permissive climate of impunity, increases its domination over the Palestinian people, through the expansion of its settlement enterprise, in clear breach of international law.[3] Israel’s policies and practices underpinning its settlement enterprise, of land appropriation, destruction of property, forcible displacement of the indigenous Palestinian population and transfer in of colonising settlers, amount to grave breaches of the Geneva Conventions, war crimes and crimes against humanity under the jurisdiction of the International Criminal Court.[4]

The rationale behind the measure is to give consumers the opportunity to make informed decisions, in other words to protect their right to know “whether a product sold in Norway is produced in Israel or in an area occupied by Israel”, the Norwegian Foreign Minister stated.[5] Norway’s decision further comports with the 2019 European Court of Justice (ECJ), Grand Chamber ruling that “foodstuffs originating in a territory occupied by the State of Israel must bear not only the mention of that territory but also, in the case where such foodstuffs come from a locality or group of localities constituting an Israeli colony within the said territory, the mention of this source”.[6] Moreover it follows from the myriad of UN Security Council and General Assembly resolutions specifying that Israel remains the temporary de facto Occupying Power of the West Bank, including East Jerusalem, the Gaza Strip and the Syrian Golan, the application of which “is also the basis for understanding the geographical scope of the EFTA Free Trade Agreement with Israel.”[7]

Al-Haq also welcomes the recognition by the Norwegian Confederation of Trade Unions, (LO) leadership that “Israel's regime against the Palestinians is worse than in South Africa during apartheid”. In making this statement, LO noted that the situation in the occupied Palestinian territory has worsened over the past five years. LO further believes that a number of measures are necessary to ensure Israel’s compliance with international law, including the prohibition of arms trade with Israel, a ban on the import of settlement goods and services, the compliance of Norwegian companies, the Petroleum Fund and financial institutions with the UN Guiding Principles on Business and Human Rights (UNGPs) and the full investigation into Israel’s apartheid crimes, amongst others.[8] Also importantly the LO, advocates that “Norway and Norwegian oil companies must refrain from cooperating with Israel in oil and gas projects in unresolved and disputed areas”.[9]

Third States are under the obligations not to “recognise as lawful a situation created by a serious breach” of an obligation arising under a peremptory norm of general international law, “nor render aid or assistance in maintaining that situation”.[10] It is beyond dispute that such jus cogens norms include the prohibition upon the use of force enshrined in article 2(4) of the UN Charter.

We therefore strongly call on third States to act meaningfully in line with the above-mentioned obligations as well as the obligation to ensure respect for international humanitarian law.[11] We further encourage other unions to follow the same human rights-based approach as that of LO.

[3] Legal Consequences of the Construction of a Wall (Advisory Opinion) 2004, para. 120 available at: <https://www.icj-cij.org/files/case-related/131/131-20040709-ADV-01-00-EN.pdf> ; Reference for a preliminary ruling — Regulation (EU) No 1169/2011 — Provision of food information to consumers — Mandatory indication of the country of origin or place of provenance of a foodstuff where failure to indicate this might mislead the consumer — Requirement that foodstuffs originating in territories occupied by the State of Israel bear the indication of their territory of origin, accompanied, where those foodstuffs come from an Israeli settlement within that territory, by the indication of that provenance 2019 (Provision of food information to consumers), para. 48 available at: https://curia.europa.eu/juris/document/document.jsf?text=&docid=220534

[8] LO, “Israel's regime against the Palestinians is worse than in South Africa during apartheid, according to the LO leadership” (June 2022), available at: