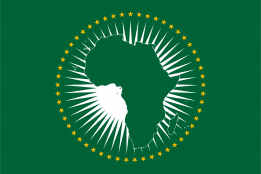 Al-Haq along with 19 Palestinian and African human rights organisations have written to representatives of the African Union in Geneva to express their deepest concern regarding the recent accreditation of Israel as an observer state to the African Union (AU). At the UN Human Rights Council (the Council), the leadership of the African Group has been at the forefront of the fight against institutionalized racism and enabled the adoption of HRC resolution 47/21, a historic resolution1 which established an independent international expert mechanism to address systemic racism and to promote racial justice and equality for Africans and people of African descent. Given the history of struggle against colonialism across the African continent and against apartheid in South Africa and Namibia and the AU’s longstanding principled position of solidarity with the Palestinian people, the AU should be leading the fight against institutionalized racial domination and oppression and not reward Israel, an apartheid state, with a privileged status.

Following more than a decade of work by Palestinian, regional, and international civil society on the question of apartheid, there has been increasing international recognition that Israel has established and continues to maintain an apartheid regime over the Palestinian people as a whole by UN bodies, UN Special Procedures and states. On 12 December 2019, the UN Committee on the Elimination of Racial Discrimination (CERD) recognized the continuity of Israeli policies and practices that violate article 3 of the International Convention on the Elimination of All Forms of Racial Discrimination (ICERD) which pertains to racial segregation and apartheid, as disproportionately impacting Palestinians on both sides of the Green Line. On 16 June 2020, in an unprecedented move, 47 UN Special Procedures mandates warned that Israel’s plans for annexation of the West Bank “would be the crystallization of an already unjust reality: two peoples living in the same space, ruled by the same state, but with profoundly unequal rights. This is a vision of a 21st century apartheid.”

Since the 43rd Human Rights Council session, at least 9 states have addressed Israeli apartheid during discussions taking place at the Council, including Palestine, South Africa, Namibia, Tunisia, Iran, Lebanon, Malaysia, Pakistan, and Qatar. Moreover, the Organization of the Islamic Conference (OIC), made up of 57 member states with 28 from Africa, has also addressed Israeli  apartheid in its statements at the Council.

Most recently, the Council recognized the need to address root causes of the situation in Palestine by passing an historic resolution establishing a standing Commission of Inquiry tasked with investigating on both sides of the Green Line “all alleged violations and abuses of international human rights law leading up to and since 13 April 2021, and all underlying root causes of recurrent tensions, instability and protraction of conflict, including systematic discrimination and repression based on national, ethnic, racial, or religious identity.”

Considering this mounting international recognition and Israel’s continued entrenchment of apartheid, our organizations call on you to:

1. Object to the accreditation and push for a rejection without a vote of Israel’s observer status in the AU;

2. Support the work of the newly established Commission of Inquiry as it begins its investigations into violations on both sides of the Green Line and the root causes of the situation in Palestine, including systematic racial discrimination and repression;

3. Recognize and condemn Israel’s apartheid regime, including in statements to the Council and other fora;

4. Adhere to your obligations under the International Convention on the Suppression and Punishment of the Crime of Apartheid and ratify the Convention if you have not done so;