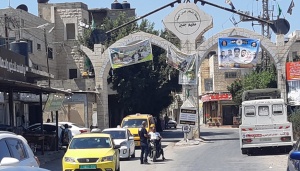 On 6 September 2021, six Palestinian prisoners escaped from the Israeli Gilboa Prison, located outside of the Occupied Palestinian Territory (OPT).[1] All six Palestinians are from the West Bank governorate of Jenin,[2] which has prompted waves of collective punishment against the residents of Jenin and nearby communities by Israeli authorities. The six Palestinians are: Ayham Kamamji, Munadel Infai’at, Mahmoud al-Ardah, Yaqoub Qadri, Zakaria Zubeidi, and Mohammed al-Ardah.[3] During the reporting period, Al-Haq documented a number of unlawful collective punishment measures, including the arbitrary arrest of family members of the escapees, the repression of Palestinian assemblies, and aggravated movement restrictions. Al-Haq documented the arrest of dozens of Palestinians across the West Bank, including 19 in Jenin, and the re-arrest of the four of the Palestinian prisoner escapees, Mahmoud Al-Ardah and Yaqoub Qadri in Nazareth, and Zakaria Zubeidi and Muhammad al-Ardah near the town of Ein al-Shibli in the lower Galilee. The remaining escapees Ayham Kamamji, Munadel Infai’at, were re-arrested on Sunday 19 September.

On 7 September 2021, at around 5:30 am, Israeli Occupying Forces (IOF) raided the towns of Araba and Ya’bud in the Jenin governorate for two hours, and searched the homes of relatives of Mohammad Al-Ardah and Mahmoud Al-Ardah, two of the escaped prisoners. During the military raids, Israeli forces arrested Yaqoub Nafi’at, Raddad Al-Ardah, Shaddad Al-Ardah, Ahmed Al-Ardah, Bassem Al-Ardah and Nidal Al-Ardah, all of whom are residents of Arrabeh.

Later, at 10:00 am that morning, the Palestinian intelligence service in Jenin summoned Majd Ahmed Ibrahim Al Weshahia for an interview, accompanied by her husband, Tayeh Yusr Al Weshahia. They were later released.

The IOF then approached a high school in the northwestern part of Araba, to which students responded by throwing rocks to ward them away. The IOF retaliated with tear gas canisters and rubber-coated bullets. Mohammad Abed, 15, a high school student was shot by an Israeli soldier with a rubber-coated bullet in the forehead and was subsequently transported to medical facilities. The IOF fired tear gas so close to the school that the gas entered the classrooms and facilities, causing between 40-50 schoolchildren to suffer from suffocation, in addition to several faculty members.

The next day, on 8 September, at approximately 6:00 pm, the IOF arrested Ezz El-Din Marzouk, while he was passing through a mobile military checkpoint set up at the entrance to the town of Araba, south of Jenin, on his way to visit relatives from the Al-Ardah family, who live in the same house as some of the escaped Palestinian prisoners. Later that morning, at about 11:00 am, the Palestinian intelligence service arrested Hamza Fathi Qarawi in the city of Tulkarm, while he was on the main street. He was transferred for interrogation the following day to the city of Jericho.

On 9 September, Israeli forces raided several homes in Araba and Bir Al-Basha, south of Jenin city, in search of the escaped prisoners, arresting Basma Ardah and Raed Ardah in Araba, and Yousef Qaderi and Raafat Ghawadra in Bir Al-Basha, only to release them the next day after interrogation.

In Jerusalem, on 9 September, the IOF arrested two young men, Musa Al-Abassi and Osaid Al-Zeer, from their homes in Silwan, south of the Old City of Jerusalem. Then at approximately 20:00 pm, the IOF attacked a stand in solidarity with the prisoners at the Bab Al-Amoud area (the northern entrance to the Old City), beating and pushed the solidarity activists, and using police dogs to intimidate them.

On 10 September, at approximately 4:00 am, the IOF raided several homes in Ya’bud, south of Jenin, and arrested Majd Ahmad Bajawi, Amjad Jaber Hamrasha and Asaad Essam Quneiri. The detainees were all released the following day after interrogation. Meanwhile, on September 10, at approximately 9:00 pm, the IOF announced the re-arrest of Mahmoud Al-Ardah and Yaqoub Qadri in the city of Nazareth within the Green Line, both of whom were among the six detainees who managed to escape from the Israeli Gilboa-Shata prison on September 6.

The following evening on 11 September, Israeli forces conducted evening military raids in the towns and villages of Al-Taybeh, Ya’bud, Al-Arqa, and Zabouda, west of Jenin, raiding several homes as part of their pursuit of the escaped prisoners. On 11 September, at dawn, the Israeli authorities announced the re-arrest of Zakaria Zubeidi and Muhammad al-Ardah near the town of Ein al-Shibli in the lower Galilee inside the Green Line, both of whom were among the six detainees who managed to escape from the Israeli Gilboa-Shata prison on September 6, both of them are residents of the Jenin area.

On the night of 11 September, at approximately 10:00 pm, Israeli soldiers raided a number of homes of residents in the towns and villages of Al-Taybeh, Ya'bad and Irqa and Zabouba, west of Jenin, where the occupation soldiers conducted house searches in addition to combing and searching the agricultural lands and natural forests scattered in those areas, as part of the pursuit of a number of Palestinian detainees

On 13 September, Israeli forces arrested Imad Fouad Kammaji and Qusair Nasir Kammaji after raiding and searching their homes in Kafr Than and Al Yamoun, respectively, west of Jenin. Imad and Qusair are relatives of the escaped Palestinian prisoner Ayham Kamamji. Imad’s cell phone was also confiscated by Israeli soldiers. The same day, Israeli soldiers surrounded the home of Munadel Infai’at, one of the escaped prisoners, in Ya’bud, searching his home as well as several neighboring homes. At approximately 6:30 am on 13 September, the IOF surrounded and searched the house of Munadil Ya'qub Nafi'at, located in the town of Ya'bad, south of Jenin, in addition to searching several nearby houses. The IOF withdrew at approximately 8:00 am.

On September 11, at around 2:00 am, the Israeli military bulldozed agricultural land near the illegal Israeli annexation wall near the Anin village west of Jenin. The aim of this operation was to prevent Palestinians from crossing the Green Line into either side, as part of their pursuit of the escaped Palestinian prisoners. On the same day, the Israeli military strengthened its presence around the cities of Jenin and Tulkarem. This prevented hundreds of Palestinian workers from reaching their workplaces across the Green Line.

On 8 September, at approximately 8:00 pm in the evening, the occupation forces attacked a solidarity stand with the prisoners at Bab al-Amud area (the northern entrance to the Old City of Jerusalem), where the occupation forces used tear gas and rubber bullets, in addition to beating and pushing, which resulted in the injury of 4 persons. 2 of them were hit with rubber bullets, one of them was hit by a stun grenade, and the last one was the result of beatings. He was taken to the hospital to deal with his injury. As for the rest of the injuries, they were dealt with in the field. (monitor)

On September 9, a march started at approximately 9:00 pm from Bab Zukaq area in the center of Bethlehem towards the northern entrance to Bethlehem city where checkpoint 300 is located, in solidarity with the prisoners in the occupation detention centers after they were attacked by the Israeli prison warders after the escape of six prisoners from Gilboa detention center in northern Palestine. Clashes erupted between the occupation soldiers and the participants, during whereupon the IOF fired tear gas canisters at the participants who threw stones at the soldiers. No injuries were reported.

On 9 September, and in response to Palestinian protests against the closure of the Jamla crossing as part of search operations for the escaped prisoners, Israeli forces fired tear gas and rubber-coated bullets, causing several to suffocate and injuring one with a bullet. The clashes were repeated the following evening.

Article 50 of the Hague Regulations (1907) specifically prohibits the infliction of penalties on the population, “on account of the acts of individuals for which they cannot be regarded as jointly and severally responsible”. This prohibition is echoed in Article 33 of the Fourth Geneva Convention (1949). As emphasised, in the commentary to the Fourth Geneva Convention, “Responsibility is personal and it will no longer be possible to inflict penalties on persons who have themselves not committed the acts complained of”. In this respect, mass arrests, movement restrictions, denial of assembly and intimidatory measures against the general population for the acts of others amount to a collective penalty.

Such acts may further amount to an act of persecution against the protected population, when committed as part of a widespread and systematic attack against the civilian population. Given the extensive arrests and the geographical scope spanning from Jenin to Jerusalem, this may well fall within the purview of a crime against humanity. Notably, Article 7(1)(h) of the Rome Statute criminalises persecution as a crime against humanity at the International Criminal Court. Further the arbitrary arrest and illegal imprisonment of Palestinians as members of a racial group amounts to an act inhumane act of apartheid, also a crime against humanity prohibited by the International Convention on the Suppression and Punishment of the Crime of Apartheid.

Al-Haq calls on the international community to intervene to ensure the humane treatment of all prisoners and for third States to work collectively to dismantle Israel’s illegal apartheid regime and the system of mass incarceration of Palestinians it employs to segregate the population, in continuance of its denial of the right of self-determination of the Palestinian people as a whole.