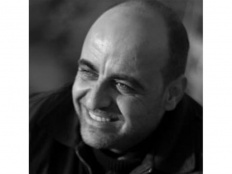 With great concern, Al-Haq is following the rapid developments at the internal Palestinian level, especially after the killing of the political activist Nizar Banat on Thursday, 24 June 2021, during his arrest. Al-Haq is monitoring the serious regression on public rights and freedoms following the Palestinian President’s announcement to cancel the legislative and presidential elections that were scheduled to be held in May and July 2021. Al-Haq further documented many cases of summons and arrests of political activists by the Palestinian security services, which also included violations of the guarantees of arrest and detention, and practices of torture and other forms of ill-treatment prohibited in Palestinian legislation and international law.

Al-Haq reiterates that Palestinian official authorities, especially those in charge of law enforcement, must respect the Palestinian anger following the killing of the political activist Banat, which were expressed in peaceful assemblies that took place in different governorates. In Ramallah Governorate, for example, Al-Haq monitored the attacks of the Palestinian security forces, in official uniform, and their use of excessive force against the participants in the assemblies, which violate laws, legislations, rules of conduct regulating the work of the security forces, and the constitutional rights guaranteed to Palestinian citizens.

Al-Haq reaffirms that freedoms of opinion and expression as well as peaceful assembly of all Palestinian citizens, which are guaranteed in the Palestinian Basic Law and the international human rights conventions to which Palestine has acceded, must be respected without discrimination; whether these freedoms were practiced collectively or individually and by all means. Al-Haq further warns against the dangerous and accelerating decline in the state of rights and freedoms at the internal level, and the violations that constitute constitutional crimes prescribed in the Palestinian Basic Law.

Al-Haq calls on the competent authorities of the Palestinian security forces to issue explicit instructions ordering all of its members to protect the demonstrators in peaceful assemblies; abide by the codes and rules of conduct relating to their work; to respect constitutional rights; and to hold all those proven involved in violations accountable.

Finally, Al-Haq underlines that the State of Palestine has acceded to numerous international human rights conventions and to the Rome Statute of the International Criminal Court (ICC), which confer upon it international obligations towards ensuring the respect and implementation of human rights. Al-Haq also notes that the ICC has jurisdiction over violations committed by the executive bodies within the internal Palestinian situation in the occupied Palestinian territory, particularly torture, which constitute crimes against humanity.