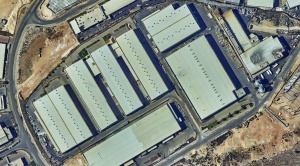 On 15 March 2021, Al-Haq submitted its comments and proposals to the Intergovernmental Working Group on Transnational Corporations and Other Business Enterprises with Respect to Human Rights (OEIGWG) regarding thesecond revised draft legally binding instrument on business activities and human rights (the second revised draft). The submission came in response to the invitation to fill out a matrix template on the second revised draft by the OEIGWG.

The second revised draft is a product of the continued efforts of the OEIGWG, as well as the ongoing engagement of civil society organisations. Al-Haq have participated in previous sessions held by the inter-governmental working group and have submitted recommendations in relation to previous drafts of the legally binding instrument.

The integration of various provisions proposed by civil society organisations has led to marked improvements in the text of the second revised draft. However, Al-Haq remains concerned that the second revised draft should be further developed in order to adequately address the disproportionate impact of business-related human rights abuses and international law violations on populations in conflict-affected areas, including protected persons in situations of occupation.

Al-Haq underscores the importance of Article 5(3)(g) which requires State Parties to ensure that business enterprises adopt and implement “enhanced human rights due diligence measures to prevent human rights abuses in occupied or conflict-affected areas, including situations of occupation.” However, the language is insufficient and Al-Haq suggests that this provision is expanded by requiring mandatory enhanced human rights and environmental due diligence measures for businesses operating or planning to operate in conflict-affected areas. This includes the identification of risks of serious international law violations of subsidiaries, subcontractors and suppliers with whom an established business relationship is maintained, as well as more urgent and immediate measures, such as divestment and disengagement policies, coupled with legal liability. In addition, the enhanced due diligence must take place prior to the commencement of business activities and throughout all phases of operations. Corporations must refrain from pursuing operations in situations where no independent due diligence assessment can guarantee neither directly causing, contribution or being directly linked to international law violations.

In addition, Al-Haq stressed that the instrument, in its current and previous drafts, has neglected the collective right of peoples to self-determination and permanent sovereignty over their natural wealth and resources. In its proposals, Al-Haq recommended that the right to self-determination and permanent sovereignty over natural resources be at the core of this binding instrument. We proposed that the right of all peoples to self-determination be reaffirmed, by explicitly adding a provision in the preamble reaffirming the right and acknowledging that such fundamental right is particularly obstructed in situations such as those resulting from colonialism, apartheid, and occupation.

Al-Haq further provided that special attention should be given to protect the rights of employees in businesses operating in conflict affected areas, especially employees from the protected population in situations of occupation working in business enterprises that fall within the jurisdiction of the Occupying Power. In such situations, the employees may be coerced to work in corporations, which may be involved in grave breaches and internationally recognised crimes against them and the protected population.

Al-Haq suggested that a reference should be made to liability, particularly with regards to aiding and abetting international crimes perpetrated by State actors, especially in situations of occupation and conflict, where international humanitarian law is applicable. Al-Haq suggested that states shall incorporate or otherwise implement within their domestic law appropriate provisions for universal jurisdiction over acts or omissions which amount to grave breaches of international humanitarian law, gross human rights violations, or otherwise violations of jus cogens norms which give rise to obligations erga omnes.

To read Al-Haq’s proposals for the Matrix, please click here.