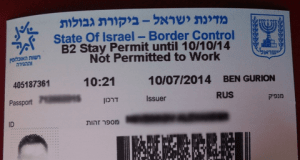 On 15 October 2020, it was reported that Israel is refusing to grant or renew visas to employees of the United Nations (UN) Office of the High Commissioner for Human Rights (OHCHR). The OHCHR exercises a pivotal and fundamental role in advocating for efforts to prevent and respond to violations, to protect civilians, and to support greater respect for international human rights and humanitarian law. An assault on the OHCHR is an assault on the very structure of the international legal order, and on the UN’s capacity and potential in the struggle against impunity, and the UN Charter’s assertion that it promote, ‘universal respect for, and observance of, human rights and fundamental freedoms for all without distinction as to race, sex, language, or religion.’

Article 2 of the UN Charter requires that ‘All Members shall give the United Nations every assistance in any action it takes in accordance with the present Charter.’ In denying the OHCHR the ability to undertake its human rights work as mandated under the UN Charter Israel is acting in direct violation of that foundational document.

The ongoing assault on the ability of the OHCHR to continue its work in the promotion of human rights stems from February 2020, when, in response to the publication of the UN database of business engagement in activities related to Israeli settlements in the Occupied Palestinian Territory (OPT), Israel announced that it was suspending ties and ordering “exceptional and harsh measure” against the OHCHR. Denying the OHCHR the ability to undertake its work is a recognition of the importance of the Database as a tool to stop the unlawful exploitation of Palestinian natural resources and to end Israel’s impunity for its human rights violations.

Israel’s culture of impunity has allowed business enterprises to benefit from the prolonged Israeli occupation and the perpetration of gross human rights violations. The Database, which included 112 Israeli and international companies, including JCB, which is to be investigated by the United Kingdom government for its involvement in human rights violations against Palestinians, is a key step towards ensuring transparency and promoting accountability for business activities in the OPT and in other situations of occupation and conflict.

By refusing to renew visas for the staff of OHCHR, Israel, is again, applying intimidatory tactics to hinder the work of human rights defenders and obstruct the rule of law. Already nine of twelve of OHCHR’s international staff have had to leave the country, including the Head of Office, Mr. James Heenan. The remaining three international employees also face having to leave the country if their visas, which are scheduled for renewal soon, do not get renewed. Standing in solidarity with the OHCHR, Mr Shawan Jabarin, the General Director of Al-Haq, asserted that “such attacks will not prevent the OHCHR from carrying their role nor will it weaken their pursuit of justice. This is yet another disturbing example of how Israel disregards the international legal order and another pressing reason to put an end to Israel’s impunity.”

Critically, this is becoming standard treatment of individuals and organisations which continue to advocate for human rights and international accountability. In November 2019, Omar Shakir, the Israel and Palestine Director of Human Rights Watch, was deported by Israel, which had revoked his work permit in May 2018. Similarly, for the past 12 years Israel has prevented the entry of UN Special Rapporteurs on the situation of human rights in the Palestinian territory occupied since 1967 to the occupied Palestinian territory. This policy significantly obstructs the work of the mandate, which includes investigating Israel’s violations of international law, receiving communications from civil society, and hearing witnesses testimony. Other UN-established investigative bodies such as the 2012 UN Fact-finding Mission on Israeli settlements and the UN Independent Commission on Inquiry on Gaza in 2014 have been similarly prevented from entering the OPT.

In a further escalation of repressive steps taken against human rights defenders, Israeli Likud MKs Avi Dichter, Mattan Cohen and others recently proposed a bill to amend Article 114C of Israel's Penal Law, broadening the definition of foreign agents, so as to criminalise the work of human rights organisations and human rights defenders, keeping them constantly under the radar of Israeli persecution, accusations, and threats.

Al-Haq condemns the punitive actions taken against the staff of the OHCHR for merely applying international law standards, ensuring the protection of human rights, and promoting corporate accountability in line with international law. Al-Haq also stresses the broader context of continual attacks on Palestinian, Israeli, and international human rights activists, including UN agencies and staff, concomitant with the ongoing systematic violations of human rights under the occupation. Against this intensification of attacks against the very framework of human rights law, Al-Haq reasserts the urgent necessity of bringing an end to Israel’s culture of impunity.